Cox - Jack, the Giant of the Sea - Keeping the Public in Public Domain 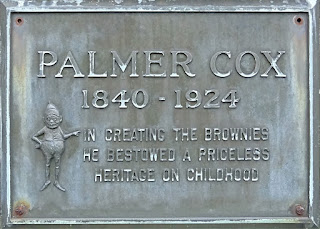 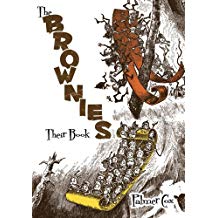 While traveling I try to always visit local antique stores.  Whether something historical, musical, or in print, serendipity rules and may show up on my blog or in programs.  This past week I found a most unusual book by Palmer Cox, the Canadian author/illustrator best known for his series of children's books about The Brownies.  Cox first produced the mischievous characters for children's magazines like the legendary "St. Nicholas Magazine" and "Harper's Young People", and in newspaper comic strips until a book, The Brownies: Their Book in 1887 compiled some of these vignettes for the first of many books about them plus two very successful plays.  Their enduring popularity was shown in a 1988 Tuttle reprint of the Brownie Yearbook.  Earlier in 1971 Tuttle's reprint of Bugaboo Bill about how a village got rid of a troublesome giant is reminiscent of today's story.  I'll give the tale first and then say more about Cox, his Brownies, and the source of today's story. 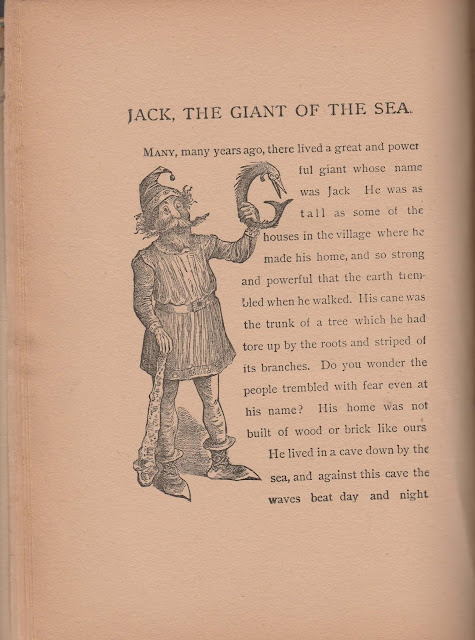 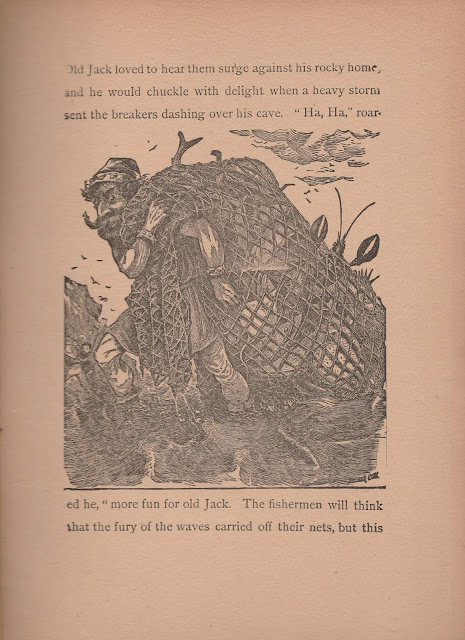 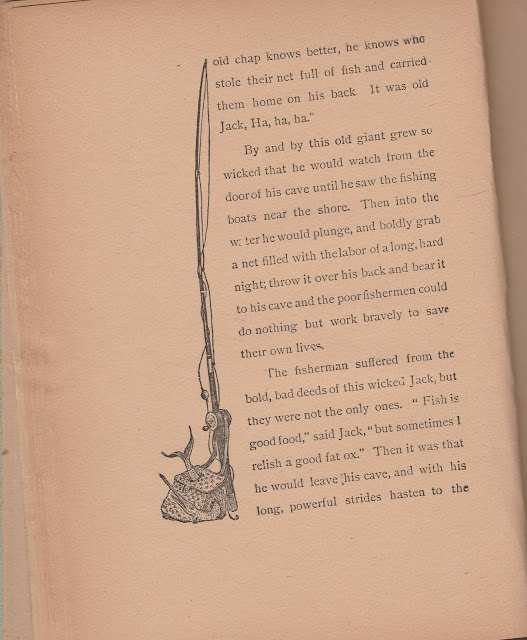 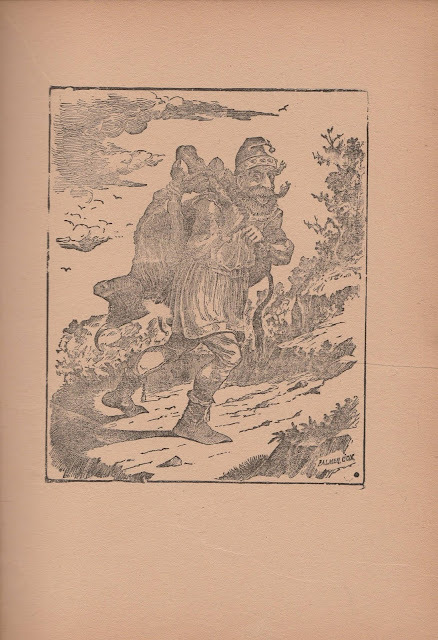 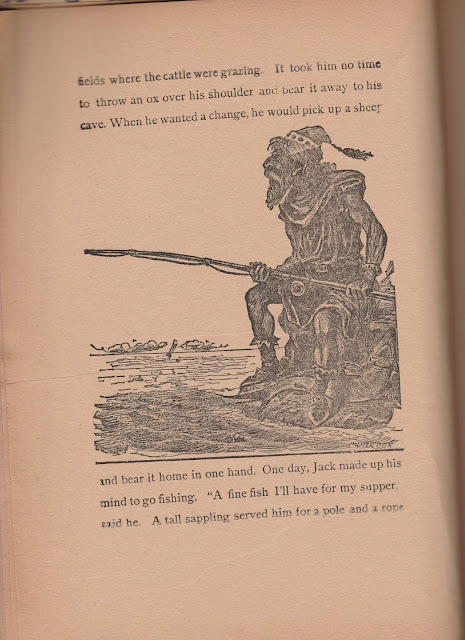 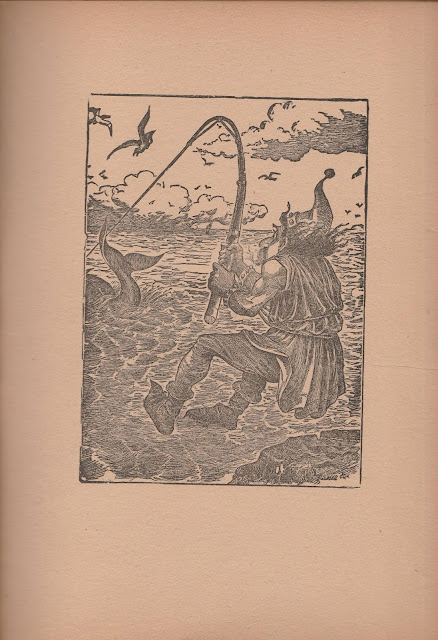 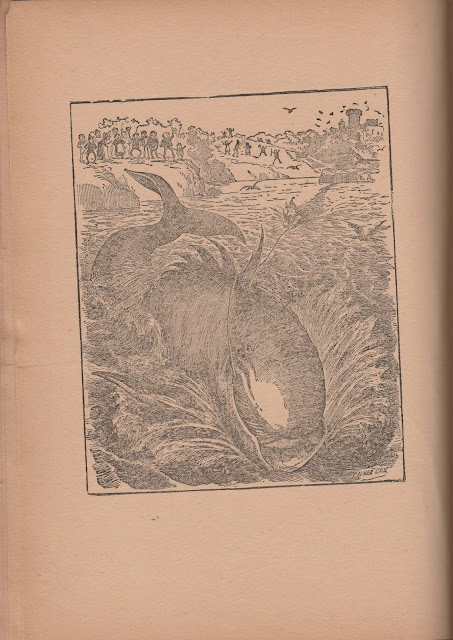 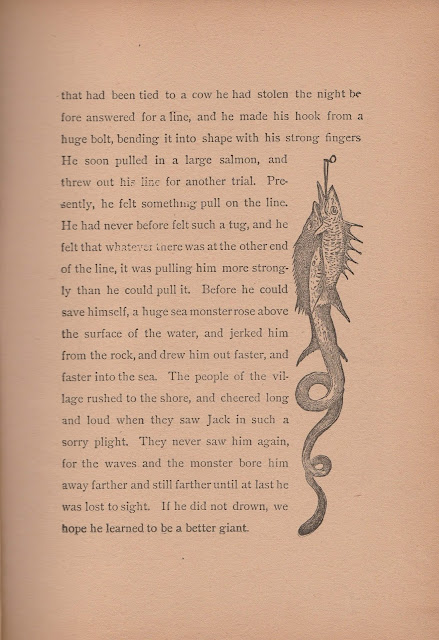 Great story?  Dunberidiculous!  The "bones" of a story, however, are there, so it would be an excellent starter for story creation with a group of young future writers.  After that it would be good to share Palmer Cox's version including his lively illustrations which, frankly, have more detail and character than his fairly simple story. 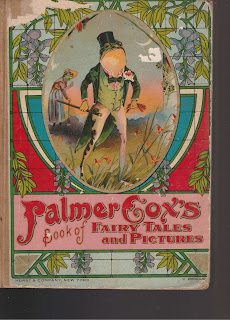 Two online biographies of Cox tell about some of his work, the omnipresent Wikipedia article and a Canadian Masonic article, which says there were 25 books in all, but neither article nor the many online at Internet Archive nor the few available from Project Gutenberg list them all, nor include my own battered unlisted anthology, Palmer Cox's Book of Fairy Tales and Pictures, which was inexpensively produced back in 1896 and 1897 by Hubbard Publishing Company and in 1902 by Hurst & Company.  The Masonic site says that many books used Cox's name with his illustrations and previously published selections.  Since he also wrote for many magazines, including "Ladies Home Journal", there was plenty of material to compile.  The paper quality is poor and the stapled binding is only attached to the book's back, but as a result it is possible to copy even if every other page must be on an angle.  The original owner, Orlo F. Jones, clearly loved the book subtitled "A Selected Collection of this Famous Artist's Best Efforts for the Amusement and Joy of Our Young Folks." It is mainly anthropomorphic stories about animals, although one Brownie tale, "The Brownies' Kind Deed", is included.

Those Brownies have their own, earlier hotlinked, Wikipedia article, relating their inspiring a wide variety of merchandise, even Kodak's inexpensive "Brownie Camera", yet Cox is reported to have received nothing from the commercial use of his creatures.  Still he clearly did well enough as that same Canadian Masonic site shows Cox's 17-room dream home, Brownie Castle, that his brothers built it to his design at the start of the twentieth in his hometown of Granby, Quebec.  Brownie Castle was constructed with six staircases, a Brownie stained-glass window, and a four-story octagonal tower.  A running Brownie weather vane topped a nearby barn. 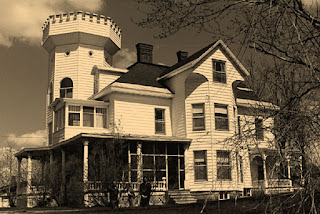