As schools start up again, imagine being suddenly told you could no longer speak the language you normally speak!  This has happened at times.  Here in the U.S., when many Native American children were shipped off to "Indian" boarding schools in the late 19th and early 20th century, it almost resulted in the loss of those languages.  (There's a lot more to say than the Wikipedia link.  Search using the term "Indian boarding schools."  Here in Michigan the topic is in The Tree That Never Dies.)  Even today some are told they may not use American Sign Language, although much less than in the past.  To return to the idea of being told your language was forbidden, imagine the northeastern U.S. being told French only or, vice versa, Quebecois told no French.  In the southwest or Mexico it would be Spanish or English being forbidden.

Today's story is by Alphonse Daudet, a French author not from Alsace-Lorraine where this story is set, even though he tells it as if it was a memory from his childhood.  I'll say more later, but it's true that area has been at times French and at other times German depending on who was controlling the area over the centuries and various wars.

My copy comes from Child Life in Many Lands, a 1911 textbook meant as a Third Reader.  I mention the textbook along with others in my One-Room Schoolteacher program.  As a result it begins with vocabulary words. 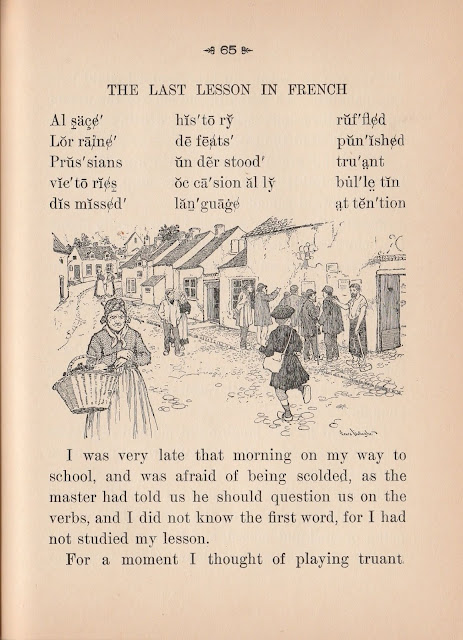 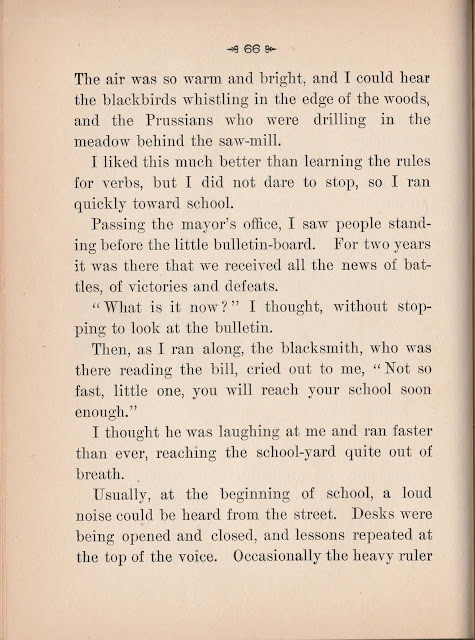 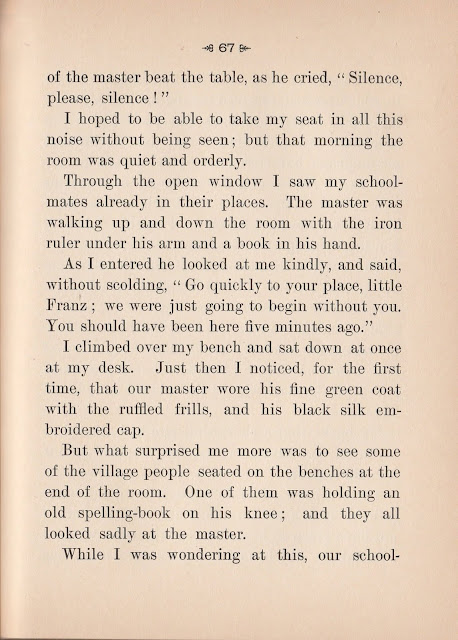 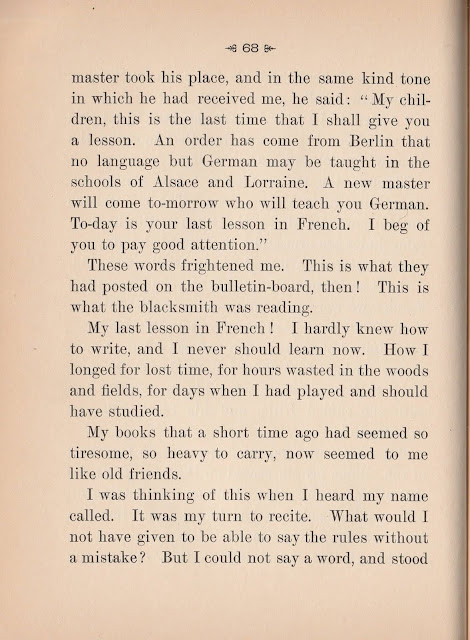 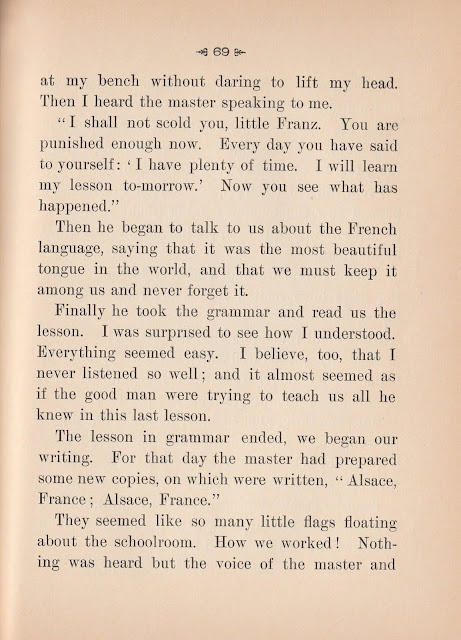 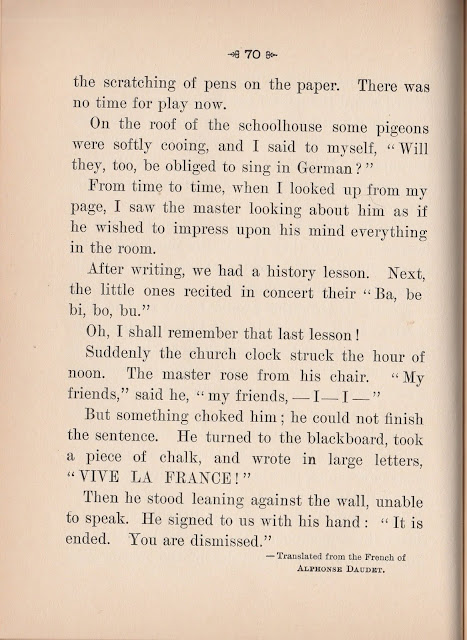 I found the Wikipedia article on Daudet interesting, especially how he began as a teacher, only to find it intolerable and claimed for months afterwards "he would wake with horror, thinking he was still among his unruly pupils", but used it in his writing.  The story's certainly realistic enough and also re-tells easily.  This happened repeatedly over the centuries in the area where he set it, especially when he tells about it during the Franco-Prussian War of 1870-1871, but also in the two major wars of the twentieth century.

Daudet was primarily a novelist and sometimes wrote for children.  It took detective work to find the story originated in Contes du Lundi (1873; English: The Monday Tales, 1900; short stories) .  While searching I found a teacher's lesson using the story to raise many questions and ideas about the importance of language and cultural identity.  I also found an article on this short story from the National Council of the Teachers of English which explained Daudet was so nearsighted he wasn't a soldier during the war, but did observe the area and the times while serving in the French National Guard and used it in many of his books.