Babbitt - The Pennywise Monkey - Keeping the Public in Public Domain 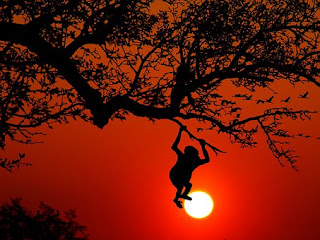 We all do dumb things from time to time, sometimes even in clusters.  My husband refers to expensive ones as paying "Stupidity Tax."  Yep, been there. . . recently.  Rather than sit and bemoan dumb things done, it pays to look at whatever positives you can find.  There may not be many.  In my case I now have a newer version of Android on a newer tablet.  As for the other things that went wrong. . . 'nuff said.

Sometimes it also helps to read or watch a story about something even worse.  First I would like you to make a return visit to a very short story from Ellen C. Babbitt called "The Stupid Monkeys" and it's in her second book of Indian stories called More Jataka Tales.

If you clicked on that story you found a discussion about how proverbs make a great starting point for writing a story, especially a fable with animals.  Then the question was whether or not to tell the moral (the proverb or lesson) of the story or let the reader or audience draw its own conclusion.  Babbitt never tells, but lets you draw your own conclusions.  If indeed you read the story I posted back in 2015 (my this has been a long time!), I don't comment on how it wasn't half as stupid for the monkeys as it was for that human gardener and I doubt he kept his job.

Monkeys are numerous in India and so they are also numerous in the Jataka Tales.  That 2015 article also told about the origin of the Jataka Tales.  Babbitt did a very tellable slender pair of books for her version.  Buddhist literature has them for their earliest literature and Aesop Fables and also the Hindu Panchatantra share some of the same stories.  This isn't one of them, but maybe it should be. 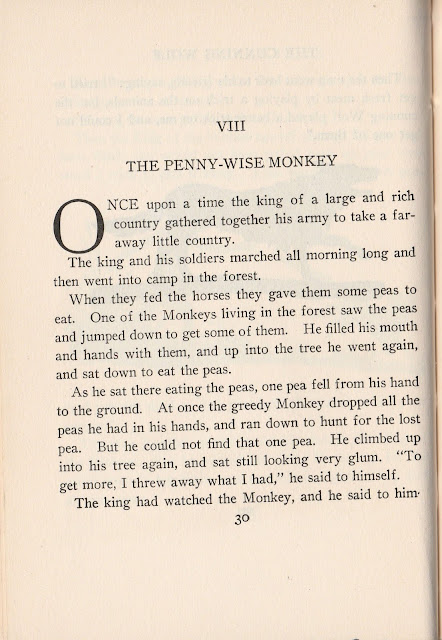 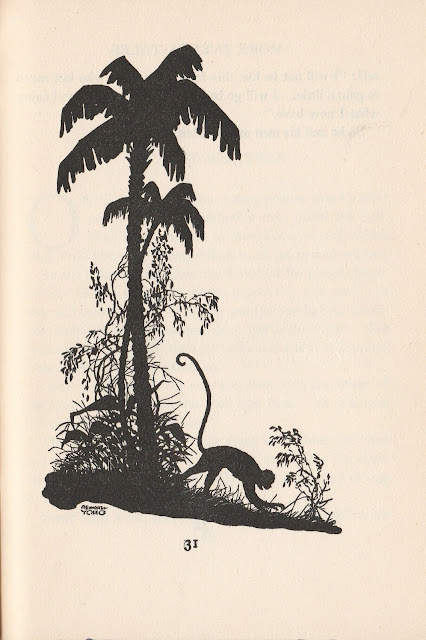 That almost sounds like it should go to the heads of our world governments.

Guess it's time for me to quit monkeying around. 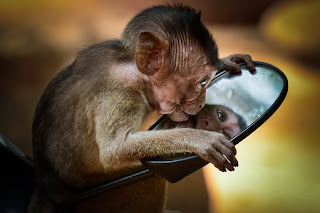