Riley - The Bear Story - Keeping the Public in Public Domain

Forget the calendar.  Winter begins earlier on my hilltop.  We've had snow dustings and coverings for some time now (the start of November?).  I'm not a fan because everything becomes more difficult.  Maybe I'd like it more if all I had to do was look at it, since it is pretty, or hop into my car and drive on dry streets? 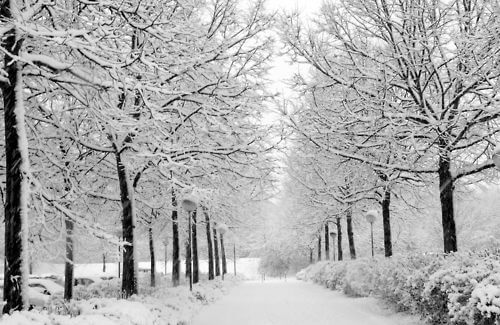 I've found myself thinking about bears and hibernation.  The Truth About Bears and Hibernation says they don't truly hibernate, just become dormant or go into a torpor, sleeping deeply, possibly snacking a bit, but clearly reducing their accumulated fat.  Sounds like a great idea to me!

Of course I got to thinking about bear stories and when I went prowling at the old Story-Lovers website, on Archive.org's Wayback Machine to the October 22, 2016 snapshot and then scrolled down to and clicked on SOS: Searching Out Stories, I then scrolled down it to the second category, of Animals, Birds, Amphibians, Fish, and Insects Stories Folklore and Facts, and clicked on it, then clicked on Bear Stories, including Riley's Bear.  The "Riley's Bear" surprised me as it was James Whitcomb Riley's poem as told in dialect.

Oh my!  As a performer in plays as well as storytelling, I have a healthy respect for dialect knowing the fine line between becoming unintelligible and keeping the flavor of a different way of speaking.  I also remember vividly being a young reader and not appreciating the difficulty of understanding what was said.  Years later I ran into this in my attempts at developing a reading knowledge of Russian.  A classic story had a German accent transliterated into Russian's Cyrillic script!  Yikes!  As if I didn't have enough trouble.

In his day James Whitcomb Riley was noted for his stories in dialect.  Later critical opinion criticized them.  It also pointed out that, although the poems supposedly used the language of the common people of his home state of Indiana, they really used the language of children.  That's an interesting coincidence as Halloween reminded me of his "Little Orphant Annie" with the refrain of "An' the Gobble-uns 'll git you Ef you Don't Watch Out!" (That article about Riley reveals her name was supposed to be "Allie", but a typesetter's error changed it.)  The late Fort Wayne, Indiana storyteller, Larry Givens, used to tell that poem as Riley remained popular as the "Hoosier Poet" and may still be required in schools there.

"Riley's Bear" not only confused me with its dialect, but its title was confusing as I sometimes found it headed up as "That Alex 'ist maked up his-own-se'f' " . . . HUNH?  I also had difficulty learning where the poem originated.  Prowling under Riley's name and "The Bear Story" I found The Accuracy Project gave the poem and said it came from The Works of James Whitcomb Riley: Vol. X -- A Child-World (1899) but checking Project Gutenberg shows A Child-World is the tenth of Riley's books collected.  Going there I finally understood "That Alex 'ist maked up his-own-se'f' " is part of the introduction to it.  The preceding section also tells about the boy making up the story.

The poem is quite long, so you may choose to go to The Accuracy Project link above, which gives the original.  Another resource is a YouTube video of John Cooksey reading the poem. It may give you an idea why the story has remained a favorite with so many people.  It also may make it easier to understand by hearing it rather than trying to read it because of the dialect.

I love the way the story is definitely being changed by the little boy, Alex, making it up as he goes along.  He tells you something and then says NO! and changes what happens, giving further details.

I'm going to translate it next week, omitting the dialect -- some may consider this sacrilegious to change the poet's work.  For those of us not interested in trying to decipher words like "'ist", I hope you'll return next week for a lively tall tale.

In the meantime I need to decide how much I want to attempt hibernation, torpor, or whatever!  I think bears miss one wonderful part of curling up in their dens ... READING! 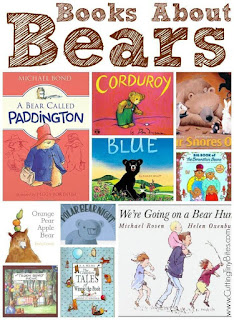