Life Goes On (despite the "Joys" of Computers)

Storytelling programs of "History as viewed by the 'average' person" are a touch of sanity in the midst of the above-mentioned Computer Chaos.  This past week I once again became Liberetta Lerich Green, telling the story of the Lerich family's Underground Railroad Station and their work during the War of Rebellion (there was nothing Civil about the "Civil War"). 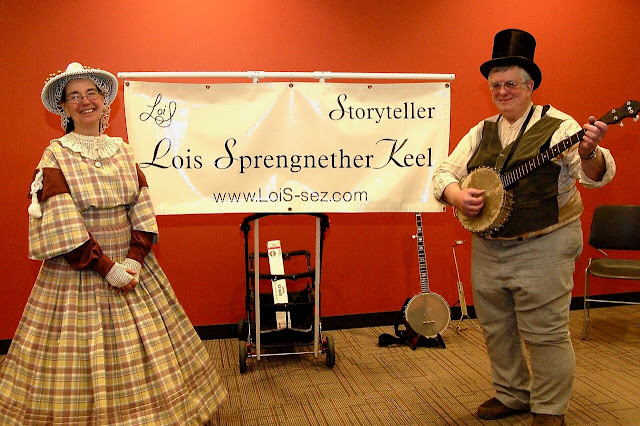 Next week is the anniversary of the start of Prohibition in the United States.  I will be at the Clarkston Independence District Library where you can join me as a reporter/flapper telling how Michigan had a two year head start on Prohibition and then supplied 3/4 of the smuggled alcohol during Prohibition for "High Times in the Dry Times."  This program includes music and a bit of audience participation! 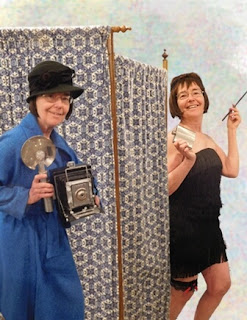 Everybody always seems to look back at the past as "the Good Old Days", but I have to mention the problems back then, too.  I offer "edutainment", however and don't dwell on the violence of the past, but must mention it when telling about "History as viewed by the 'average' person."  Personally my difficulties with switching computers does indeed make me Luddite enough to wish all of this wasn't necessary and to worry that technology is also losing history.  Still I know this is a two-edged sword helping find information quickly, it just requires the knowledge to track it all down.  If you look at the sidebar here you will find information that came from microfilmed newspaper articles about the Michigan 5th Infantry during the Civil War.  Old technology should not be discarded.

Hopefully by next week all the bits, bytes, apps will have been sorted out enough that this blog goes on in the way it should.