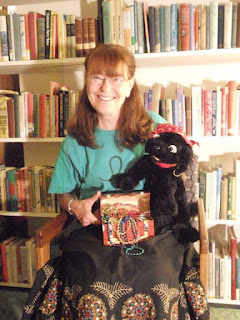 Another thing about ballads is that, as an Appalachian, they were one of the best ways to preserve particular stories and archetypal studies, as they traveled across the ocean and mountains. It was like adding salt to meat, making it last a little bit longer and only changing the taste a little bit. As Sheila Kay Adams mentions those "love songs" of the mountains were really old murder ballads. I suppose you could say it demonstrated our pragmatic view of romance. :) And I still use that explanation in my introduction to "Mr. Fox", a Bluebeard tale from the Old Country.

So true. I would be interested in finding ballad forms of Mr. Fox even though I love telling it non-musically.