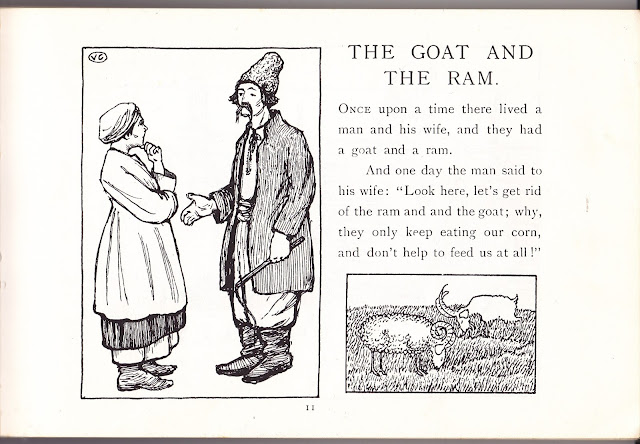 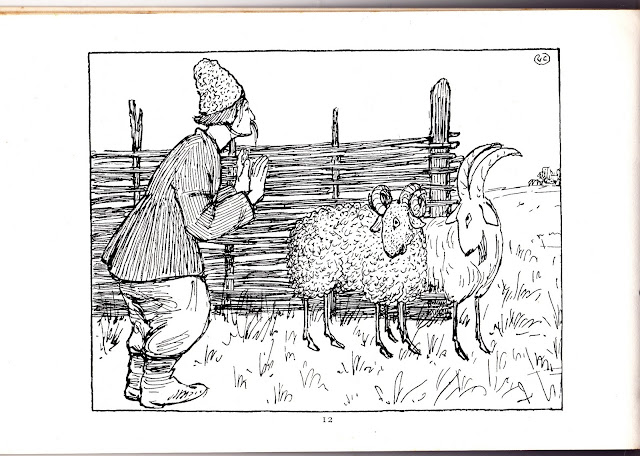 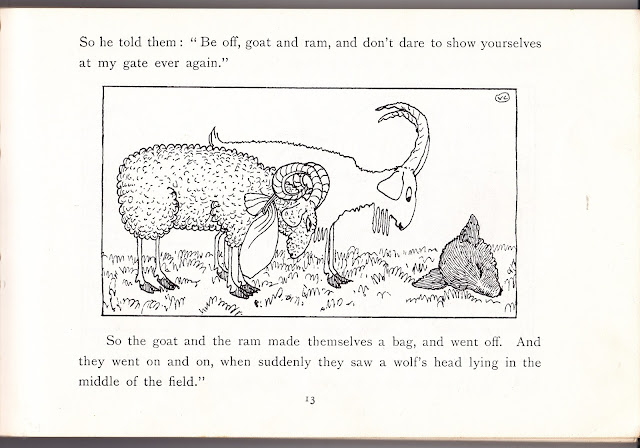 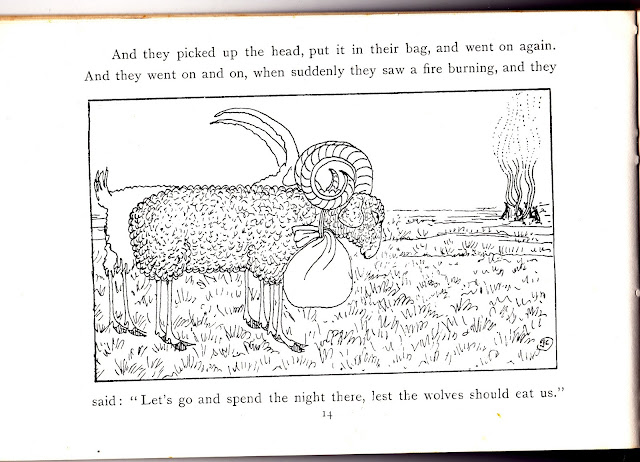 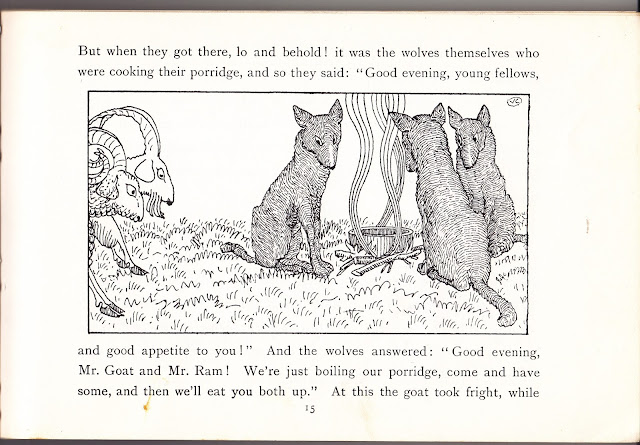 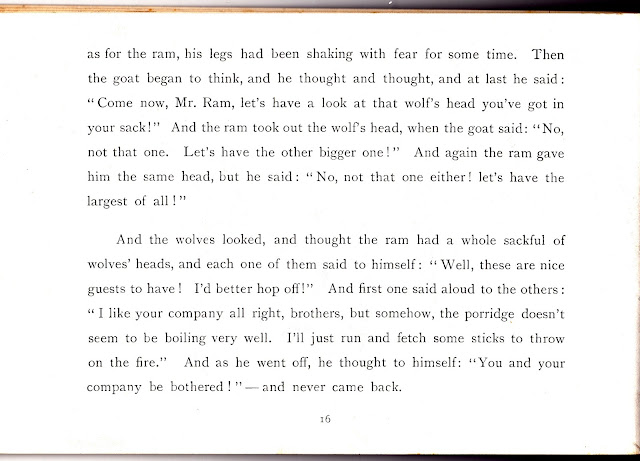 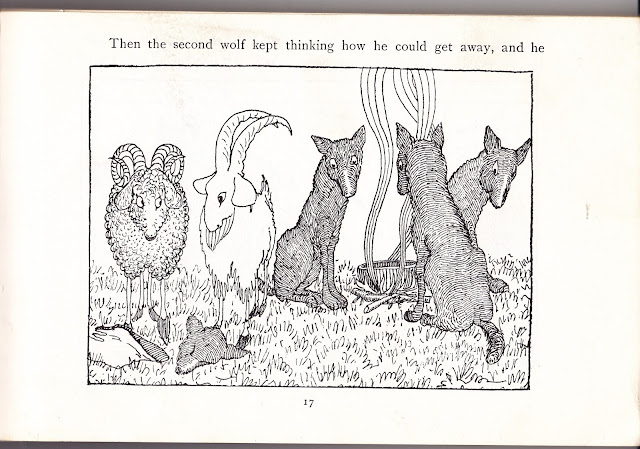 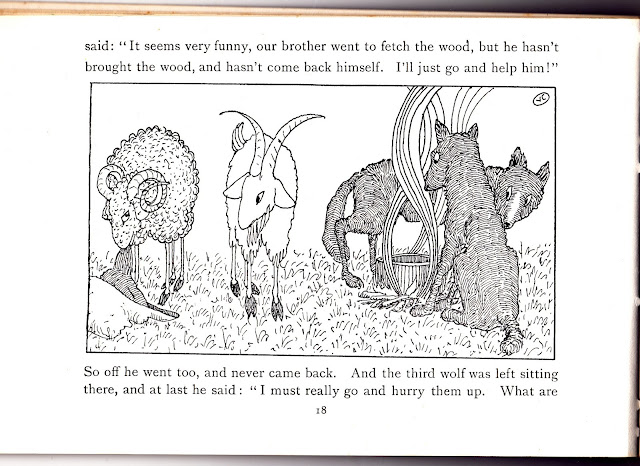 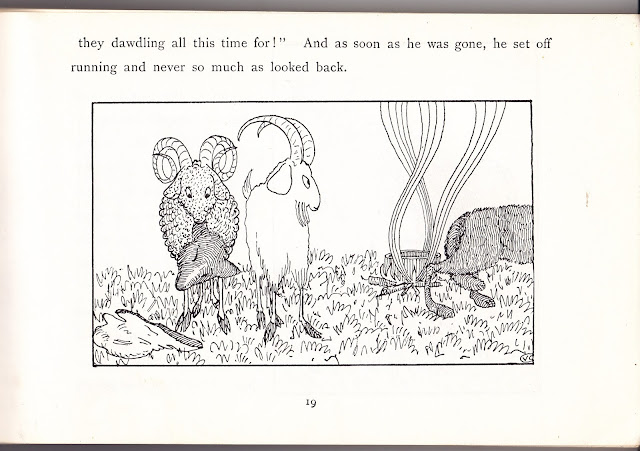 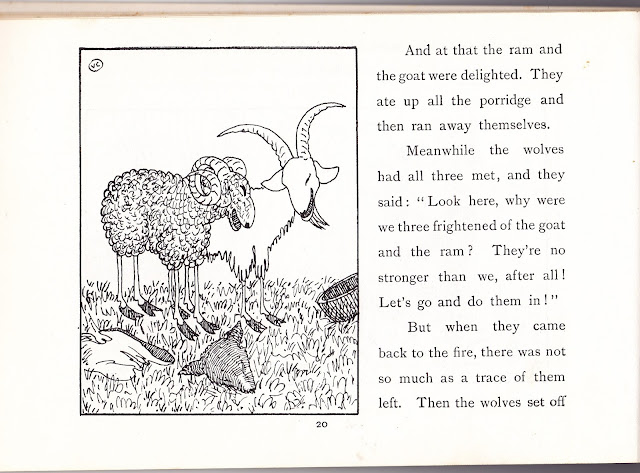 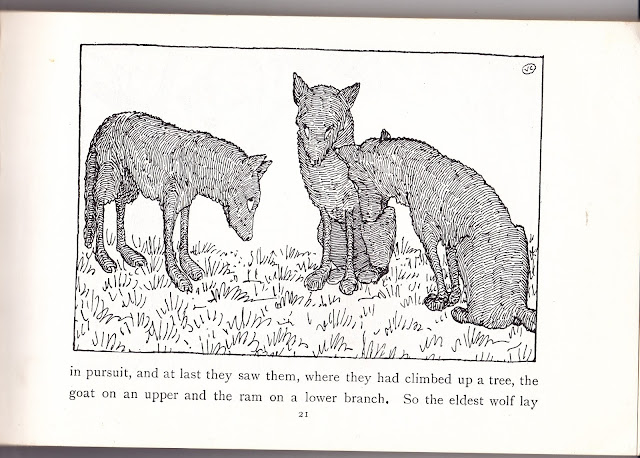 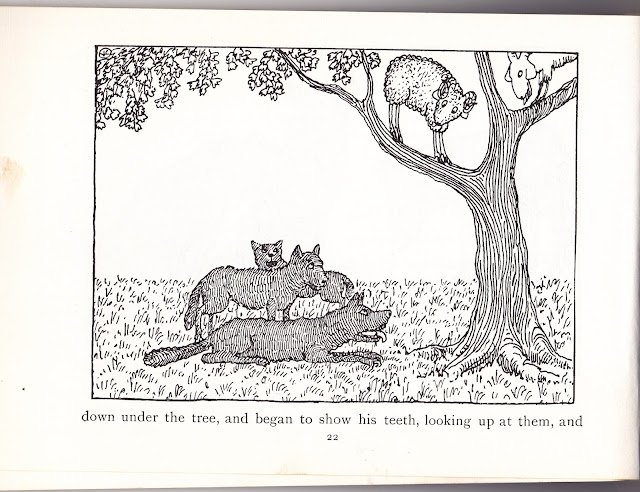 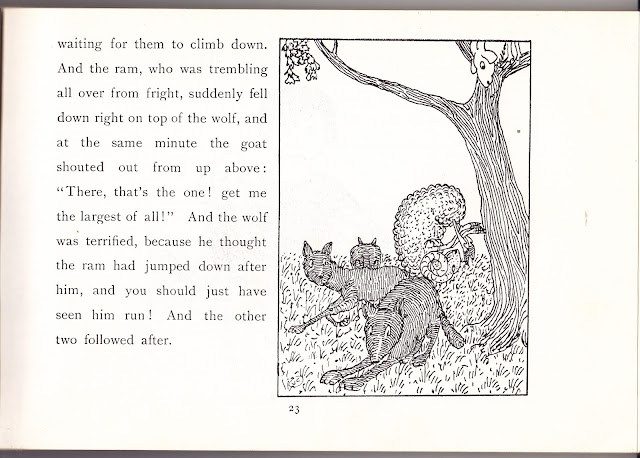 Let's hear it for quick thinking and outsmarting those wolves!

Now for the promised brief look at many of the stories in this book.  The first story, "The Cock and the Bean" is a classic cumulative tale where each participant has something wanted before someone can be saved.  "The Goat and the Ram" is next, followed by a Carrick drawing unrelated to the stories.  Those visual bits are scattered throughout his various works.  "The Hungry Wolf" could almost be a companion piece to today's story as a foolish wolf is outsmarted by a ram, a horse, and a pig.  "The Peasant and the Bear" is the tale of two farming, with one always outsmarting the other by correctly choosing the part of the crop either growing above or below the ground, leaving the useless half to the foolish partner.  Knowing that Carrick gathered tales from peasants and the common people on the streets of St. Petersburg, I found it interesting that he includes "King Frost."  It's a Russian tale I love and seems to be found in every significant general Russian folktale collection.  It's always worth comparing different re-tellings.  I enjoy telling "The Bear Paw", but realized I'd created my own form of the chant and how I tell it.  "The Bear and the Old Man's Daughters" is comparable to a Grimm tale.  Which came first?  We'll never know, but it's great to see how stories travel.  Similarly "The Straw Ox" reminds me of the Tar Baby.  "The Fox and the Blackbird" is a Russian telling of an Aesop tale.  That's most of it, but I leave a bit of discovery for you to enjoy.

Next time will be the third and final "Picture Tale" by Carrick here.
**********************
This is part of a series of bi-weekly posting of stories under the category, "Keeping the Public in Public Domain."  The idea behind Public Domain was to preserve our cultural heritage after the authors and their immediate heirs were compensated.  I feel strongly current copyright law delays this intent on works of the 20th century.  I hope you enjoy discovering new stories.