Many of the stories in the third and final book of Valery Carrick's Russian Picture Tales series show their influence by or maybe on the folklore of other countries.  In contrast, today's story is interesting for its place in Russian folklore.   Russian literature and songs, especially from the average person or the peasants from whom so much of folklore originated, often seem to reflect a philosophy best expressed as "Life is a dismal swamp!"  Sometimes that is expanded to "Life is a dismal swamp and then you die!"  Sounds depressing, even if you think of the history forming it, but it's often like the Blues.  The Blues has been defined as "A good man feeling bad."  I'd change that to a good person, letting the Blues be available to both genders, but trust you get the idea: even something unhappy can be good if it's done well.

After either a Russian story or song, I might mention that bit of Russian philosophy, then follow it with this brief story. 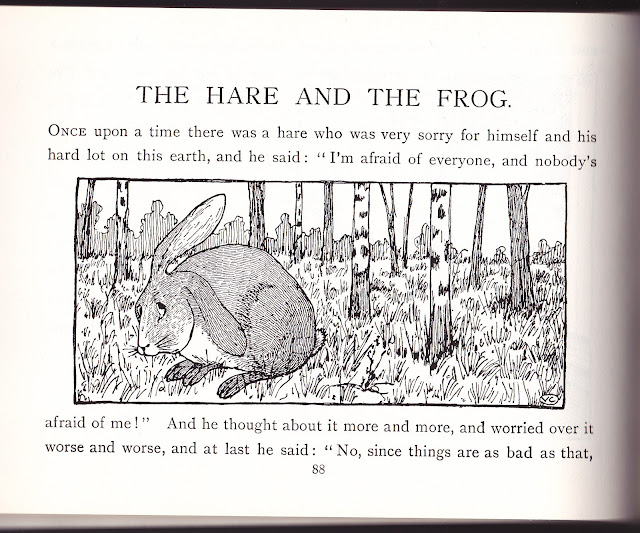 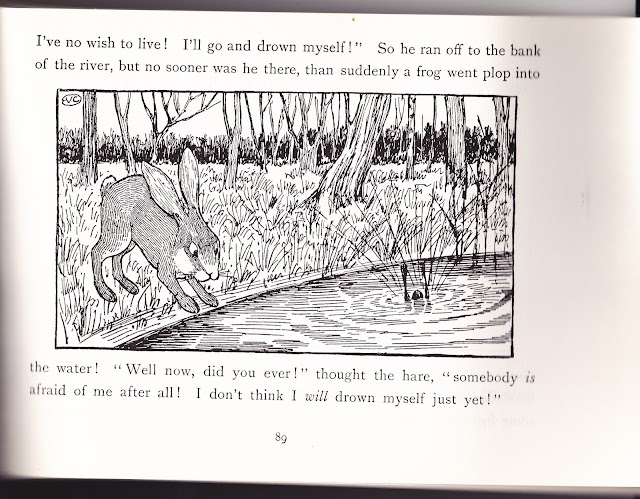 So life just might not be a Dismal Swamp after all.

Today's story was extremely brief, but tomorrow I have a bit of research about Valery Carrick as an extra posting.  It's what happens when you follow the rabbit trails that can pop up when telling stories.
*************************
This is part of a series of bi-weekly posting of stories under the category, "Keeping the Public in Public Domain."  The idea behind Public Domain was to preserve our cultural heritage after the authors and their immediate heirs were compensated.  I feel strongly current copyright law delays this intent on works of the 20th century.  I hope you enjoy discovering new stories.