I once had an elderly lady tell me that everything she knew about nature and animals she learned from the Mother West Wind stories of Thornton W. Burgess.  That surprised me and made me look at them more closely.  There's even a Thornton W. Burgess Society at his home in Sandwich, Massachusetts with the stated aim of carrying on the pioneering conservation work of this author/naturalist and "to inspire reverence for wildlife and concern for the natural environment."  He wrote over 170 books and 15,000 stories, so there's no way I can do something from each book, but I'll use the reporter's How, When, and Why to take from each of those books.  (Just looked at the Where book on Project Gutenberg and realize I want to own it, too.)  Don't let the anthropomorphism of his characters fool you, they frequently have much to teach us.  Old Mother West Wind was first introduced in 1910 and with her came many of the characters in the later 50 years of books and newspaper stories and also on his radio show. 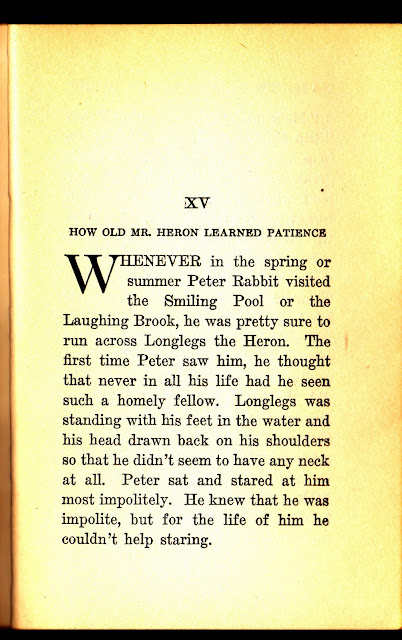 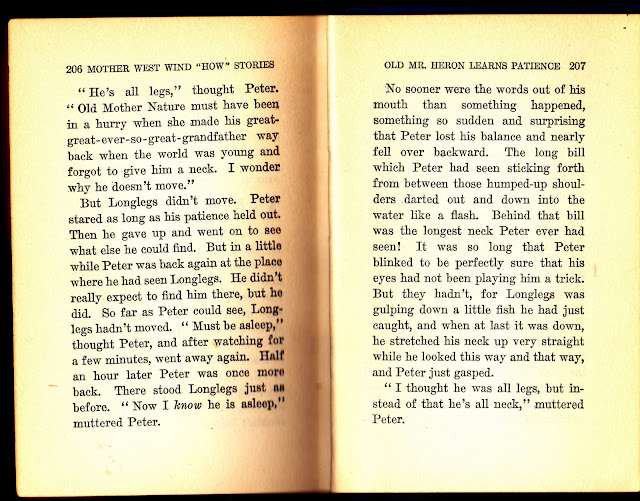 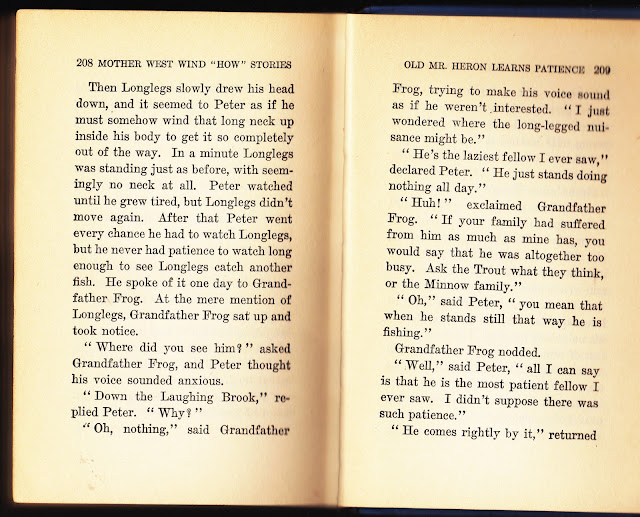 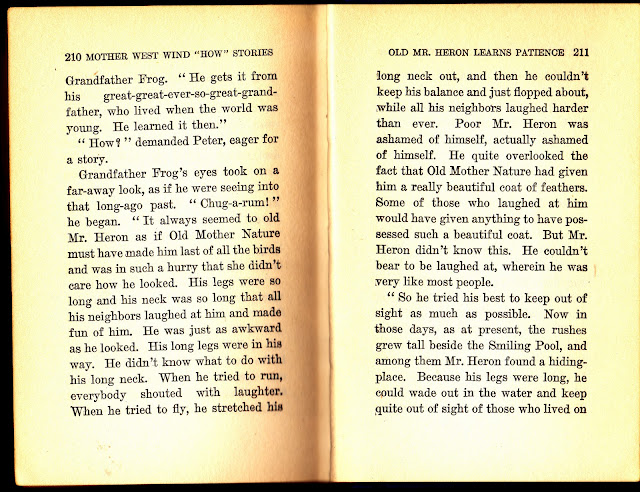 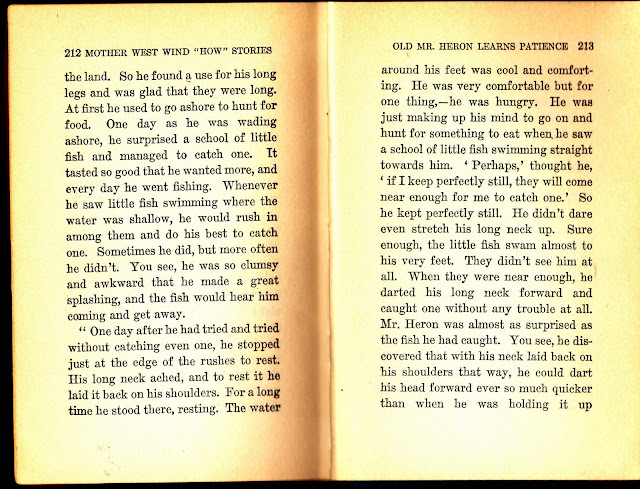 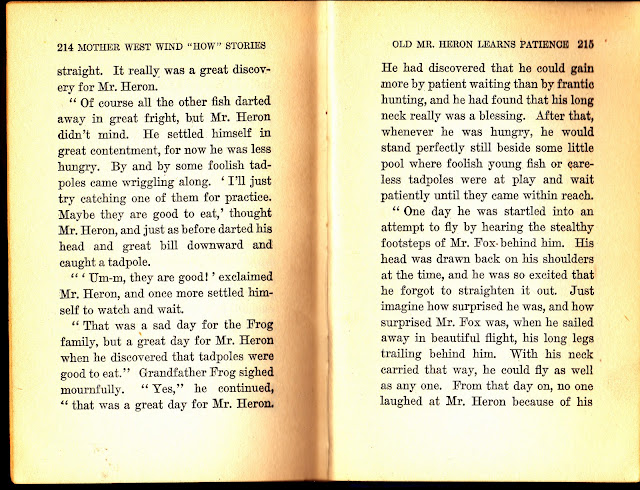 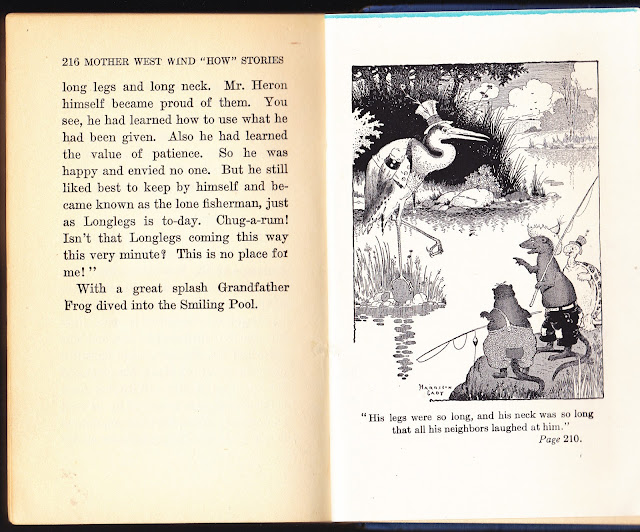 Project Gutenberg currently offers 35 of Burgess's books.  Wikipedia lists the many Burgess works and also tells about him.  You don't have to stand in one spot, but if you are patient like Mr. Heron, my next Burgess story will be worth waiting to read.
**************************
This is part of a series of bi-weekly posting of stories under the category, "Keeping the Public in Public Domain."  The idea behind Public Domain was to preserve our cultural heritage after the authors and their immediate heirs were compensated.  I feel strongly current copyright law delays this intent on works of the 20th century.  I hope you enjoy discovering new stories.