Cather - The Holy Grail - Keeping the Public in Public Domain


I recall seeing old black breakable records with a dog looking into the horn of a record player.

Wikipedia's article on the Victor Talking Machine Company gives 4 possibilities of how the name, Victor, was chosen.  The story about the dog, however, is more definite and fascinating.  Look for it in the first section called "Name and Logo."
Today's story dates back to those days of

The book's title page shows the musical source beyond Katherine Dunlap Cather that accompanies her stories, 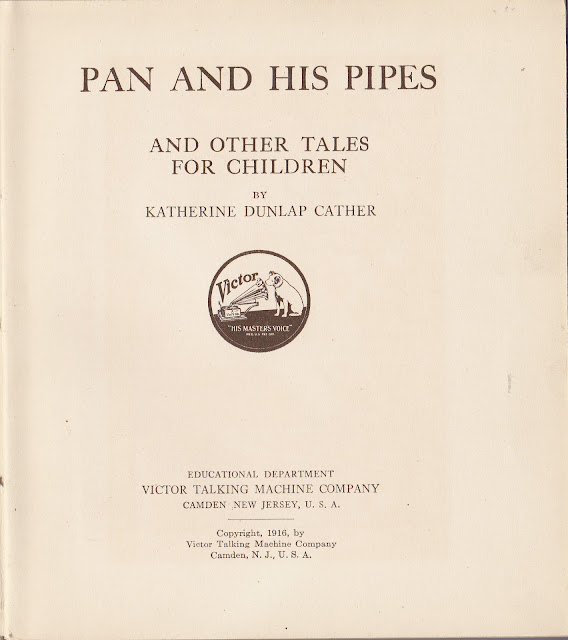 but don't worry that the recordings used will be found only in antique stores.  Standard classical musical compositions accompany stories from the Greek mythology of the title story, to an adaptation of Hans Christian Andersen's "The Emperor's Nightingale", some unusual historical legends, the tale of the Three Kings, Hiawatha, and today's story.  Unfortunately the book is not yet available online, but some of Cather's books, especially about storytelling and its value are.

So many cultural references are contained in today's story of "The Holy Grail", I just couldn't resist it any more than George Lucas could in "Indiana Jones and the Last Crusade" when he sent his archaeological hero out in 1912 to seek the Holy Grail.  Here's the story behind ideas like: Galahad, the Grail, and even Parsifal and Lohengrin. 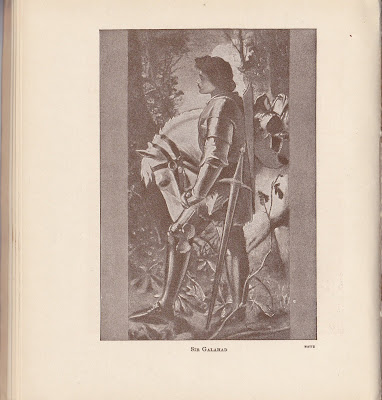 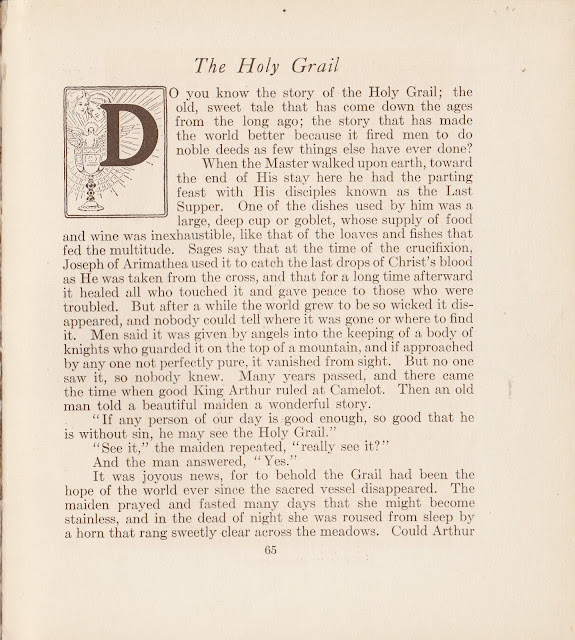 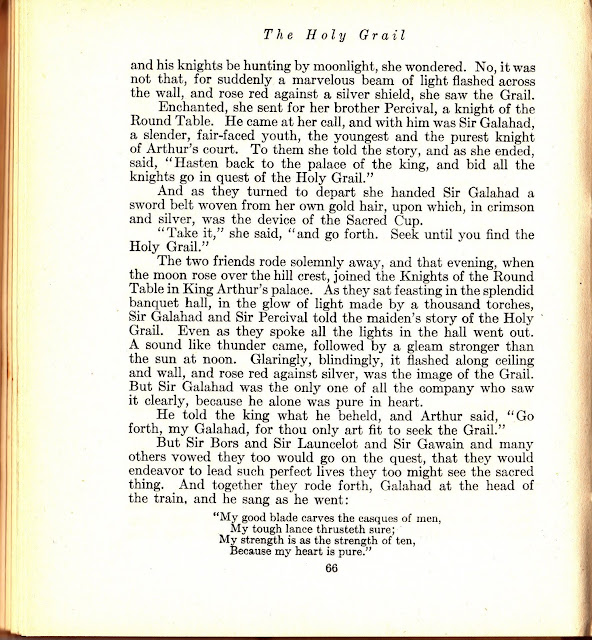 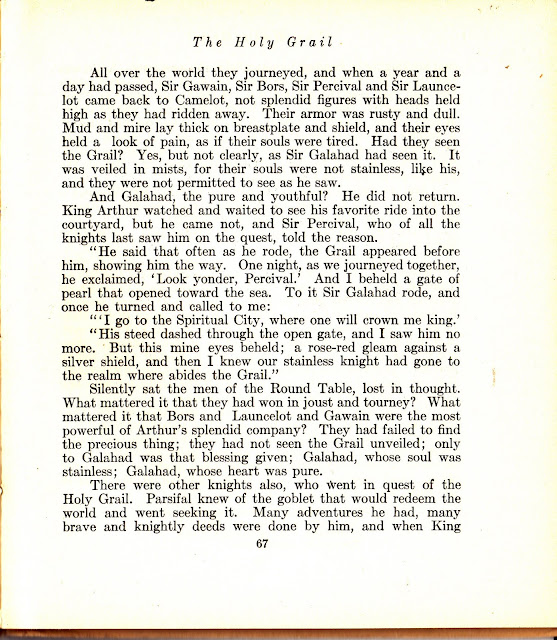 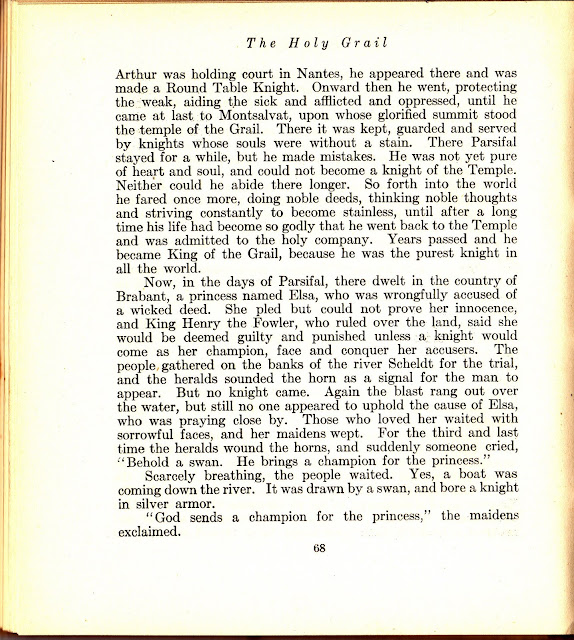 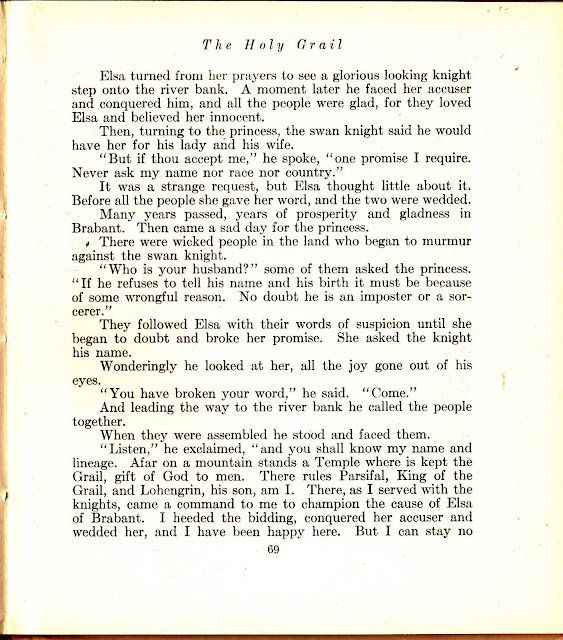 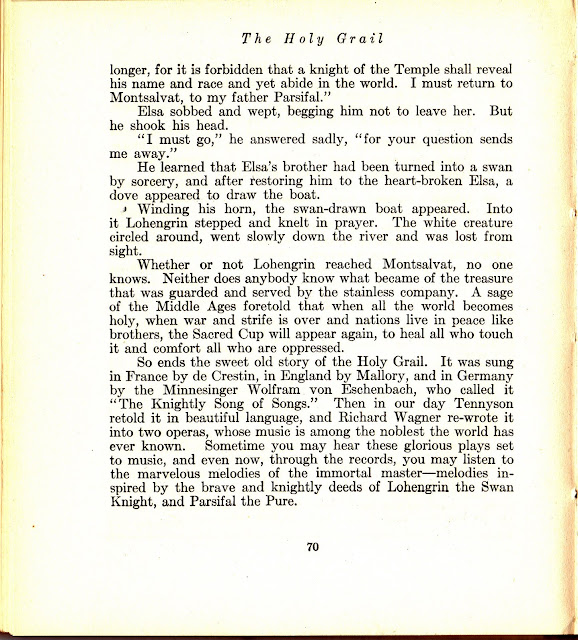 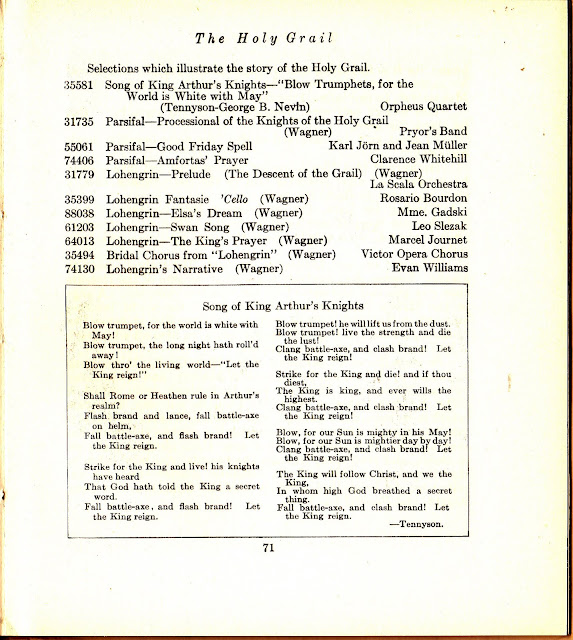 With Tennyson's words and the various Wagnerian music ringing in your ears, it's time to look ahead to the next story.  It comes from a wonderful Irish storyteller, but the book which is his source includes those Valkyrie who fascinated Richard Wagner.  That's not the story I've chosen, but come back for an introductory look into Norse mythology from Padraic Colum.

By the way, I remember a classical radio station announcer saying they didn't usually play Wagner's "The Ride of the Valkyries" during Rush Hour because people hearing it tended to drive as if they were invincible.  Until our next story, drive carefully and be sure to Keep the Public in Public Domain.
*****************************
This is part of a series of bi-weekly posting of stories under the category, "Keeping the Public in Public Domain."  The idea behind Public Domain was to preserve our cultural heritage after the authors and their immediate heirs were compensated.  I feel strongly current copyright law delays this intent on works of the 20th century.  I hope you enjoy discovering new stories.