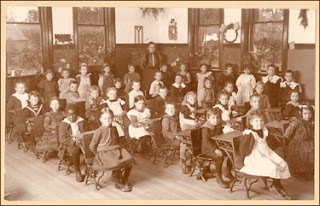 Last week, the Labor Day weekend, I said "Here in Michigan public schools, by law are not to start until after Labor Day, although a district can request a waiver.  That waiver has been increasingly requested.  The intent was to help our state's recreation and travel industry."

Michiganders have now returned to school, BUT that recreation and travel industry hasn't closed up for the year.  Not at all. Go to the state's official travel and tourism site, Pure Michigan, to see what I mean.  The current theme is "Fall in Real Time" complete with the usual categories to get you doing something.  Somehow nothing seems to catch everything.  You may want something specifically  local like the events section of the Oakland County Moms site which has been around since 2005.  Right now for autumn it also lists hayrides, cider mills, farmers markets, and is already looking ahead to Halloween.  Similarly the online version of the MetroParent newspaper found in libraries has a weekend event section for the metro Detroit and Southeast Michigan area separate from its calendar.  They even already have an article on  Best Fall Michigan Color Tour Spots . . .(listing both area parks and free drives).  It all can be a bit overwhelming although online searches should be able to link you up with something to do.  Newspapers, both the major dailies and the local versions, also list events and activities.

For organizations wanting to inform people it's also a bit overwhelming.  A perfect example is this weekend I'll be part of the Fisk Farm Festival.  It's held annually by the White Lake Historical Society every year on the weekend after Labor Day.  Their very site is part of  Historical Society of Michigan's site.  H.S.M. has its own calendar, but the Fisk Farm Festival wasn't on it.  In fact the MetroParent event section is the only one where I found it.

Then I remembered the local newspapers.  For White Lake think "Spinal Column"!  Yes, it's an unusual name for a newspaper, but their Popular Categories lists 16 events including the festival.  It's listing for the festival shows a hodgepodge of activities, crafts and craft booths, various entertainment, food, raffles, rummage sale (including a library book sale), pie eating contest, arts and crafts sale, living historians, pet adoptions, building tours -- in other words it's no wonder the Historical Society has a hard time figuring how to spread the word. 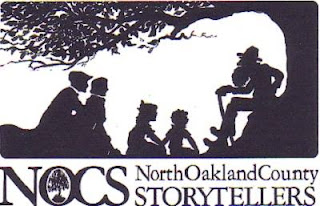 While North Oakland County Storytellers started there, they no longer hold meetings, but will continue telling stories -- storytellers are like "herding cats", they don't always stay organized.  Carolyn Graves and I each will have sessions at the festival, possibly in the Thompson School, also long-time White Lake Historical Society member and promoter, Ron Hinman plans to teach how ropes were made on the farm.  The three of us keep history and storytelling living.

Maybe you want to find even more.  Thompson School is called a One-Room School, but there's now a meeting room and some modernization beyond the classroom. The label of One-room Schools has been used many times here and, of all the sites about such schools, the one with the most to offer is One-Room Schoolhouse Center.  Like most large sites, some links have become inactive (to find old sites prowl the Wayback Machine's  https://web.archive.org/), but there's still a lot to be found and enjoy.
Posted by Lois Sprengnether Keel at 1:00 AM