This has been a winter only a sled dog and maybe a musher could love!

This is also the Chinese Year of the Dog and I confess I'm a huge lover of "sled dogs", both malamutes and huskies.  They are the closest to their wolf ancestor.  My current dog is both breeds so I call him a Malamutt, but know he really has the best of both dog breeds.  I get many compliments about him, but when people talk about always wanting to have one, I warn they are not a first dog!  They don't fit everybody and if you made a "sled dog" your first dog it might just be your last.

For those of us who love them, however, no other dog comes close.

Right now the Iditarod is still running and the controversies that pop up every year are running yet again.  Frankly most mushers love their dogs too much to do anything to jeopardize their dogs.  These are dogs who also live to do exactly this and must agree it is indeed up to their humans to recognize when they need to stop.  The Iditarod story began with the 1925 serum run to Nome.  Although Iditarod.com's History page reminds us the current Iditarod Trail Sled Dog Race wanted also to prevent the mass abandonment of dog teams and preserve the mushing lore endangered by the "iron dog", the snowmobile.  Because the race is so closely watched for animal safety both by animal rights groups and the Iditarod Trail Committee, the treatment of the dogs is especially monitored and mushers who might dope or mistreat their dogs are unlikely to succeed. 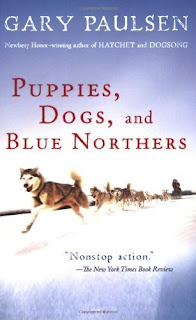 To go into the world of the musher, I recommend Iditarod sled dog racer and three times Newbery Honor Winning author, Gary Paulsen, and his very brief, but thoroughly enjoyable book about how he lives with his dogs in Puppies, Dogs, and Blue Northers.  The subtitle tells even more: Reflections on Being Raised by a Pack of Sled Dogs.  While looking for a cover to show of the book I discovered he had earlier written Winterdance: The Fine Madness of Running the Iditarod.  Nothing like going to the source.  Puppies... is officially a children's book, but it would have fit well in issues of a magazine for adults.  As the cover quote by the New York Times Book Review on the paperback says: Nonstop action.  Winterdance was written for adults.  Hmmm.  If I have time between walks with my own four-pawed trail buddy, I may hunt that book up.  I remember well the madness described in the other book and believe both subtitles.


So how would a wolf perceive all of this?  Aesop, who some say was a Greek slave, has a short, but very different view.  There are so many versions of Aesop and Joseph Jacobs, who was an excellent anthologist and put stories in tellable forms has the version I present here.  It's a compact little book unlike Jacobs' better known works.  Jacobs was also a folklorist and concludes with notes about the "Pedigree of Aesop" with special attention to the Indian fables of Bidpai and the European, especially the Greek and Hebrew, forms.  He would also remind us they were first oral tales written down only centuries later, just as Wikipedia notes of the fables, be they of Aesop or his contemporary, the Buddha, source of the Jatakas. 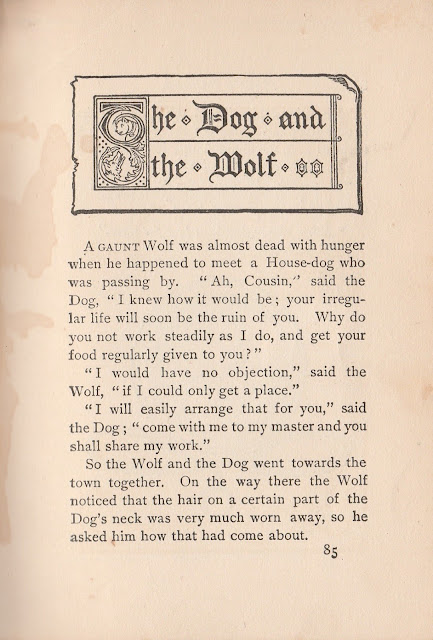 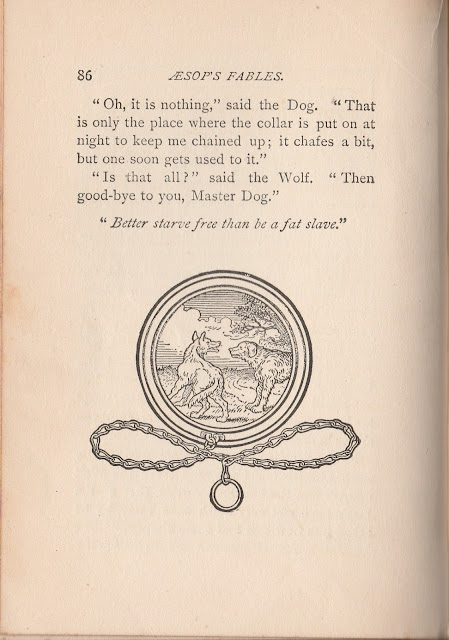 For all of us owned by our dogs, may we do our best to give them good lives. 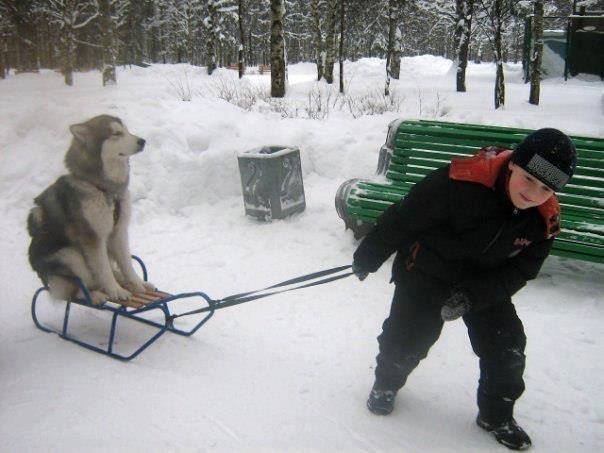