November for the United States has traditionally been a time of elections.  Being primarily a two-party system, it has sometimes felt like the swing of a pendulum.  If you tend to think like Edgar Allan Poe in "The Pit and the Pendulum",  that swing can be dangerous.  I went looking for quotations about elections from someone never a U.S. politician, to avoid coloring what was said.  This led me to the late Indira Gandhi.  She was indeed a politician in India and was assassinated.  I won't attempt to gauge her political record here, but was impressed by many things she said listed in Brainy Quotes offering of 40 Indira Gandhi Quotes.  A few fit today's topic looking at elections, starting with "Winning or losing of the election is less important than strengthening the country."

November is also Native American Heritage Month.  Aside from Pourquoi tales, explaining Why something happened or exists, much of Native American tales are teaching tales.  ("Pourquoi" is French for "why.")  Last week I discovered a story I would hope our politicians and all of us after the election could keep in mind as the pendulum swings. 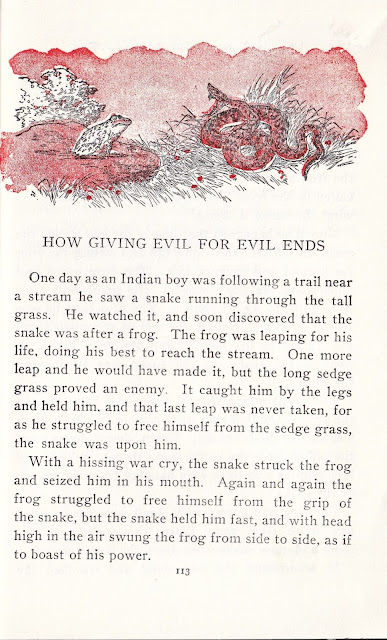 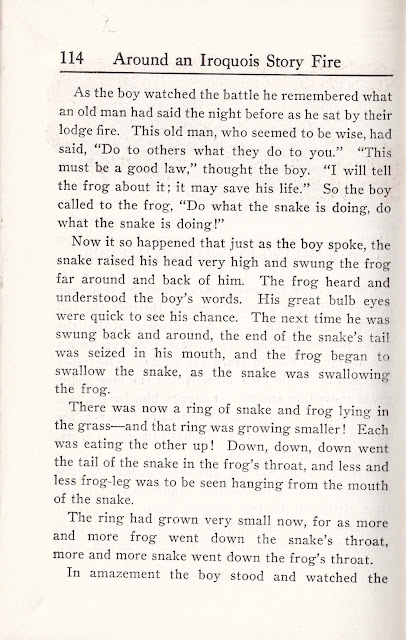 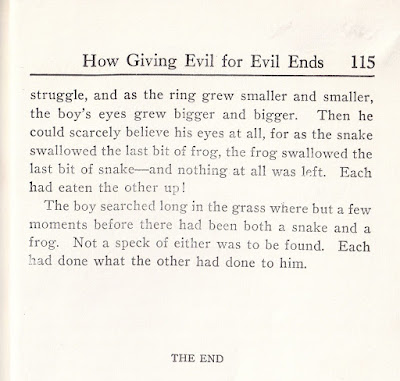 I guess you could call that the other side of the Golden Rule of "Do unto others as you would have them do unto you."

I intentionally left "THE END" as it was the end of the book, Around an Iroquois Story Fire by Mabel Powers and also fits what the story was saying.  Two other stories from that book have been posted here under that Powers hotlink.  One was at the start of last month about "Why Leaves Turn Red and Yellow", a Pourquoi tale.  I was surprised to see initially I had no biographical hotlink for her first story here.  At that time I did give her endorsement by the Iroquois Confederation and her adoption as an honorary member by the Seneca and mentioned her work in the Chautauqua movement.  I also would like now to recommend the article about her in the Chautauqua Daily, "Mabel Powers: Advocate for Native Americans, Women and Peace"

Beyond this story, I find myself looking at two more Indira Gandhi quotes.  "This is why we feel that democracy's important: because democracy allows you to have small explosions and therefore avoid the bigger explosions."  She also said, "You cannot shake hands with a clenched fist."  Right now nobody is shaking hands thanks to Covid, but now is definitely the time to remember, as the pendulum has swung in so many elections, what happens if we store up evil and try to deliver it.