This election week has led to some calling us the United States of Anxiety.  In looking at how divided the U.S. has been, only two other times seem comparable, when our Colonial ancestors revolted from England and during the election of Abraham Lincoln leading to a war that went by several names.  In the North it was the War of Rebellion and in the South it was called the War of Northern Aggression.  Obviously it was a matter of viewpoint.  Only later did it become called the Civil War. 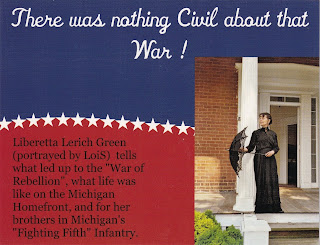 I do a lot of programs about that war with many names, telling it from the viewpoint of a Michigan family that ran an Underground Railroad Station and the two young men of that family who fought in Michigan infantries.  My next scheduled presentation as Liberetta Lerich Green will be at the Oxford Public Library on January 29 at 2 p.m. to a limited audience with it streamed to the community.  It's an interesting location as Liberetta and several of her family are buried in the Oxford Cemetery.

Because I was thinking about Lincoln and his own election, I went to a book of Lincoln's Own Yarns and Stories.  Alexander McClure is only listed as the editor (referring to himself as Colonel A.K. McClure), but he obviously put in a lot of work to preserve Lincoln's "yarns and stories."  McClure has a town in Pennsylvania named after him.  He was a journalist, adjutant general in the War, lawyer, and, at times a politician.  His life had ups, downs (including being wiped out financially in the stock market), and twists and turns, but Lincoln and the war fascinated him enough that he wrote about them several times.

Today's story goes back to Lincoln's second election and brings a touch of humor to the idea of elections. 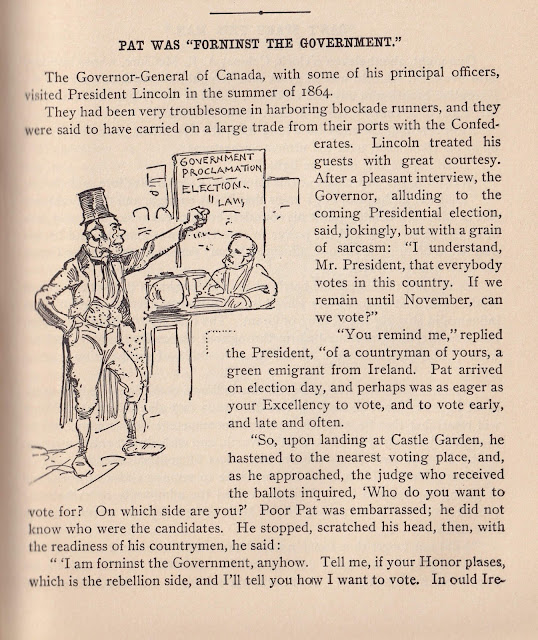 I trust my Canadian and Irish friends managed to laugh at Lincoln's knitting together that yarn.

While prowling McClure's book I came across a birthday card from a few years back from fellow library staff at White Lake Township Library which I saved and used as a bookmark.  It does put the tension of the past week into, if not perspective, at least provides a further bit of humor. 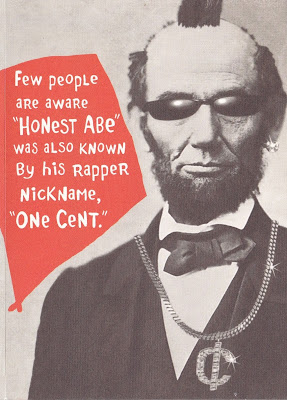 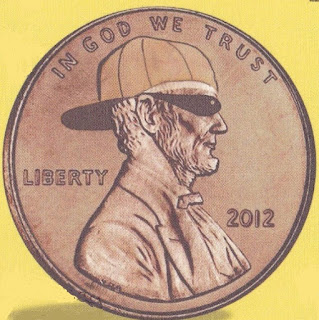 Grab your humor wherever you can.  Since my birthday was also this past week, it seems appropriate that I found and again enjoyed that card including all the comments from the staff.

Until next week's blog, stay well and find at least one reason to smile each day.