Words change!  Sometimes before telling a story, a bit of explanation is needed.  A perfect example is the way the word "lame" is now commonly used to mean "weak, unconvincing, or inadequate", but it originally meant a physical disability causing a limp or difficulty walking.  Today's story calls a princess "dumb."  Assuredly her mother-in-law would not only mean the princess is unable to speak -- the original meaning -- but also would consider the current use of it to mean "stupid."

Personally the older use of "dumb" bothers me because it has often been applied to the deaf who have difficulty speaking.  "Mute" might be slightly more accurate, but the difficulties involved in speech usually has nothing to do with creating sound.  Rather it's hearing and then reproducing the sound.  With American Sign Language as the third most used language in the United States, such terminology tends to get me started pulling out my soapbox for a rant.

Instead I've pulled out a delightful story from Tales of Enchantment from Spain by Elsie Eells.  As an adult I think the strained relationship with the mother-in-law adds to the enjoyment of this story beyond what a younger audience might miss.  It's rather like Queen Aggravain's dissatisfaction with Princess Dauntless in the musical, "Once Upon a Mattress."  The princess is certainly dauntless in this story, bringing it to a sly end. 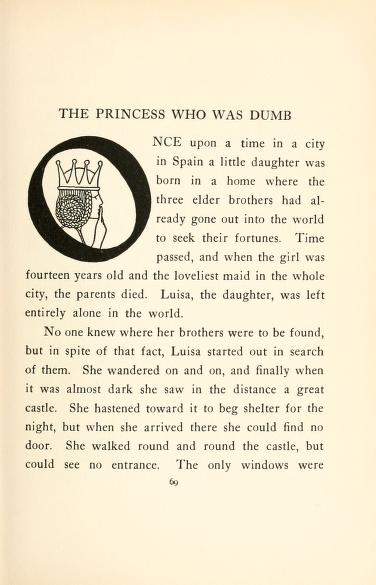 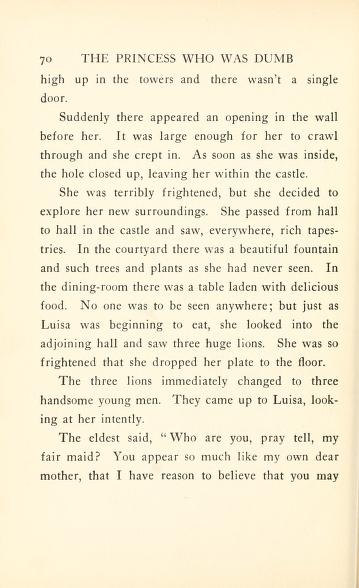 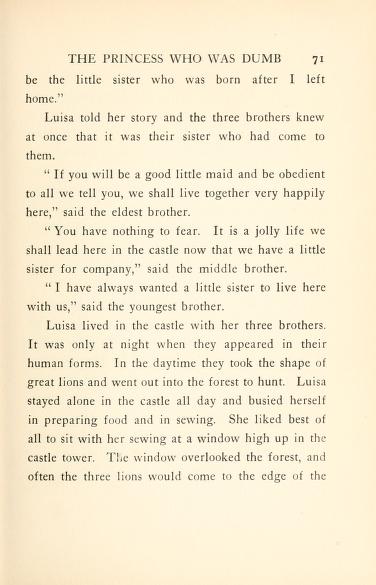 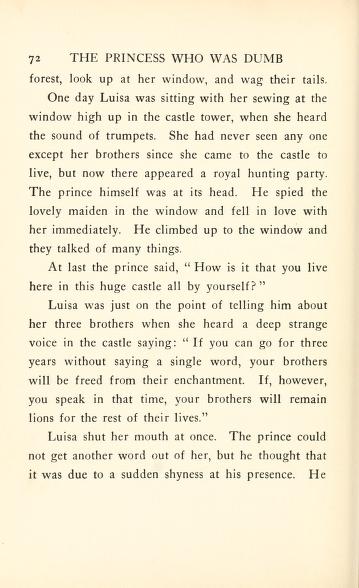 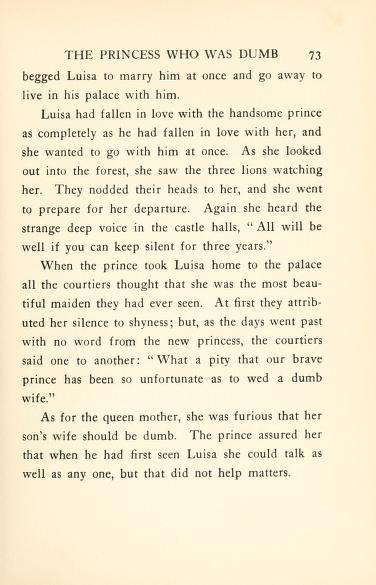 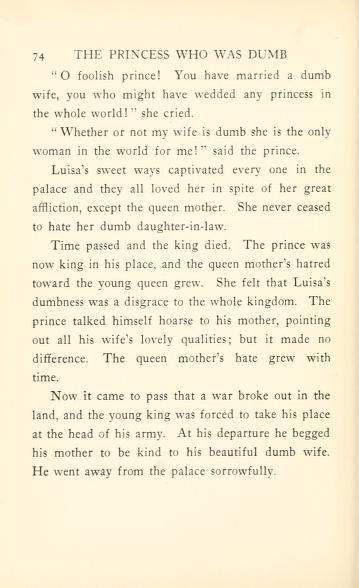 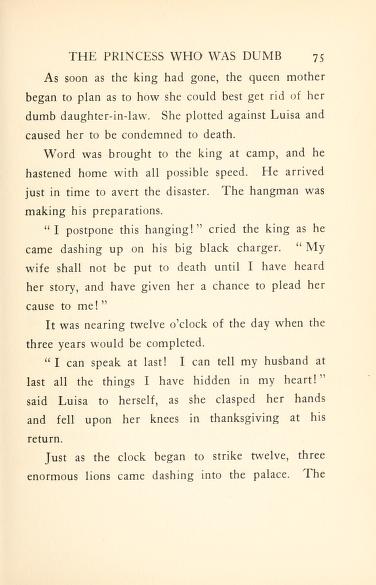 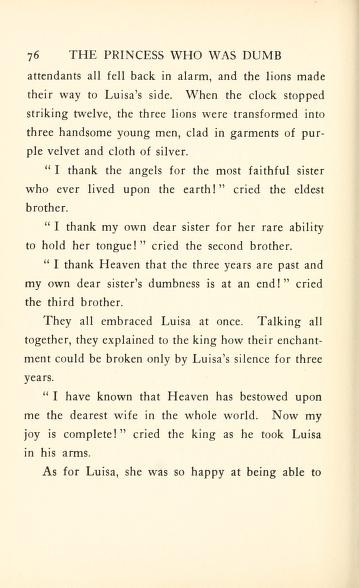 Speaking as a storyteller, I daresay there are times my own husband might feel that way! 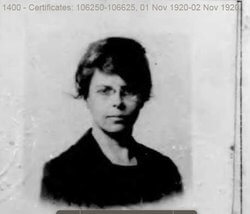 The last time I posted a story by Eells was in August of 2016.  There's more known about her now.  She's best known for her collections of South American, especially Brazilian folklore.  This book was her final book of half a dozen and the only reason I can safely post it from 1950 is she didn't renew it when the copyright law required.  According to Find A Grave, she died in 1963 at age 82, with her husband, Burr, dying two years later.  No children are listed, so we are able to enjoy her final three books before they might otherwise have been still under copyright.  Wikipedia mentions her travels as a researcher in the 1920s and 1930s  to various countries as a researcher at The Hispanic Society of America in New York, which was unusual then.

Find a Grave mentions her Daughters of the American Revolution lineage and then goes on to give her passport application for those travels.  It's actually a wonderful look back at the then 40 year old writer and her husband.  I enjoyed it so much I'm going to give most of it.

Found a US Passport application for Elsie Spicer Eells giving her birth as Sept 21, 1880 in West Winfield NY, aage 40 on Nov 1, 1920 when they filed for this passport. Husband is Burr Gould Eells who was born in Walton, NY. They were living in Babylon, NY. She is listed as a writer.

She will be away for 6 month to do research in the following places:Portugal, Azores, Spain, Cuba in each of these places she wants to research Spanish _____ (can't read the last word). Aboard the Brittania, having never had a passport before. She is40, 5 foot 6 inches, medium forehead, green eyes, short nose, medium mouth, round chin, brown hair, fair complexion and oval face. Then Burr Gould Eells swears that they live in Babylon, NY and that he has known Elsie for 22 years. He is a teacher for what looks like Commerical High School, Brooklyn, NY. There address is Box 536 Babylon, NY. The picture is from her application. Then is attached a letter who wrote that her research is for literary work for which she has undertaken on behalf of the Hispanic Societyand that she should be granted the passport.

With the chaos of the Covid pandemic, passports are said to take 18 weeks currently (or "only" 12 weeks for a higher priced expedited application).  What storytelling and sharing of folklore might be currently waiting?

In the meantime, travel online through stories.