Earlier this month I mentioned the Perseid Meteor Showers or "shooting stars" when talking about Orion and Mara L. Pratt's book, The Storyland of Stars.  Unfortunately her coverage of the August "shower" is more factual than story.

At the back of my mind was a story found in both  Henry Rowe Schoolcraft's Algic Researches (published in two volumes in 1839 and again in his The Myth of Hiawatha, and other Oral Legends (published in 1856)  about a family that began with female stars coming down to earth.  "The Star Family or Celestial Sisters" is an interesting story, but unfortunately it's also an example of 19th century language needing to be brought alive when re-telling it.  I also noticed that, unlike the various stories I usually think about from  Schoolcraft, this is not from the people of our region.  The story is from the Shawnee, and like Michigan's Anishinaabe, they are an Algonquian speaking people, but they suffered through the Indian Removals of the 1830s.  That overlapped some of the time when Schoolcraft was an Indian Agent.  Because his wife, Jane Johnston Schoolcraft helped him learn both Algonquian languages and lore, this story probably included her influence even though it isn't an Anishinaabe tale.

I've chosen the later version, but I think you'll see what I mean about some of the language.  Don't let it keep you from enjoying a lovely pourquois tale and looking up for a stray shooting star. 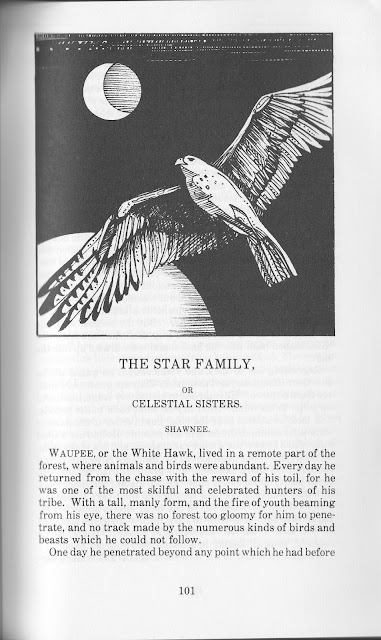 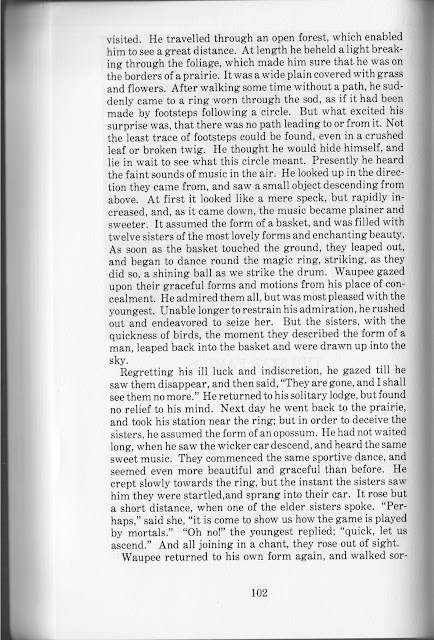 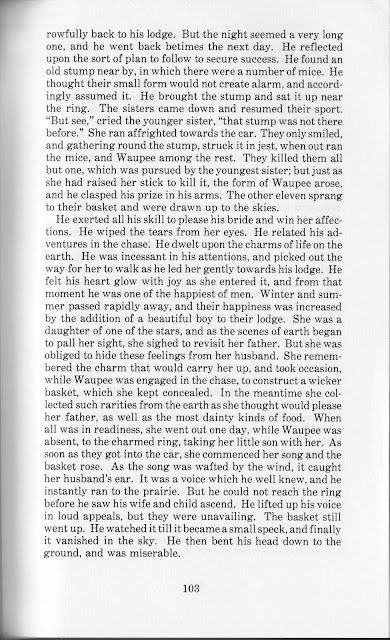 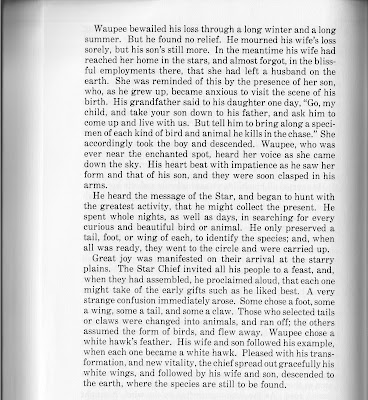