D'Aulnoy - The White Cat - Keeping the Public in Public Domain

What about wearing white after Labor Day?  Google "Why no wearing white after Labor Day?" and take your pick of sites for an answer taking you back to Turn of the Twentieth Century fashion snobs  and how the rule taught Baby Boomers and earlier has ended.  (Personally I like Huffington Post's article, tongue firmly in cheek, saying "19 Reasons You Really Shouldn't Wear White After Labor Day", then shows each "reason" being broken.)  I wear white these days because my husky/malamute mix (Malamutt) is shedding to get his old white undercoat out and the new winter layer in. 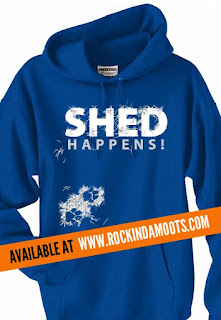 The two breeds and their Samoyed cousins are so notorious for this you can find tons of products and online images. It's only one of the reasons I worried when I heard huskies and malamutes are becoming popular with Game of Thrones fans seeking their own "direwolves."  That link gives reasons why this is a mistake.  Shedding is the least of it.  They're pack animals, probably the closest to their wolf ancestors in personality, and notoriously difficult to train for anything but what they consider important.  I always tell people expressing an interest in having one: Don't make this your first dog!

Those of us who love them, however, will do all we can to take care of them and enjoy them, such as 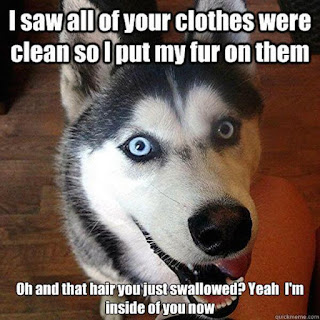 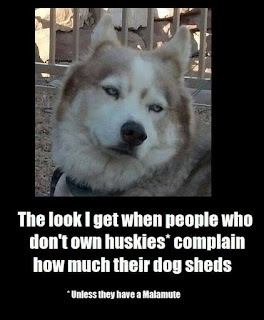 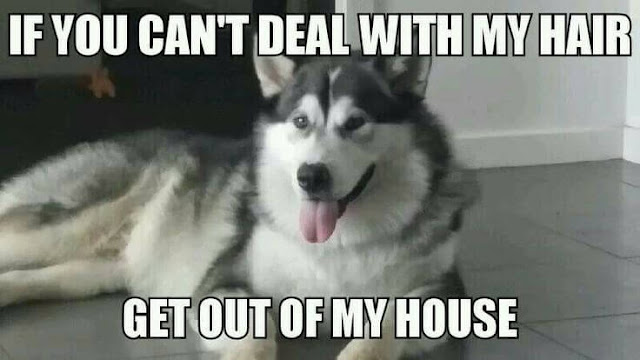 What does this have to do with today's story of The White Cat?  Some take their dog's fur and have it spun into woolen clothing as this undercoat is described as cashmere-like.  (By the way, NEVER shave a husky except in medical emergencies, to avoid permanent damage. ) So let's spin a white furry tail, er tale definitely rivaling the better known Beauty and the Beast.

There are many version of Madame La Comtesse D'Aulnoy's story.  It and "The Blue Bird" are probably her best known fairy tales, but Wikipedia warns "These stories were far from suitable for children and many English adaptations are very dissimilar to the original."  I'm only delving into those Public Domain English versions.

My Book of Favourite Fairy Tales edited by Edric Vredenburg and illustrated by Jennie Harbour has illustrations I will insert into the story, captioned Harbour.  They opened their version with a graphic explanation of the "wooden horse" the White Cat gives the prince.  I found it helpful to see. 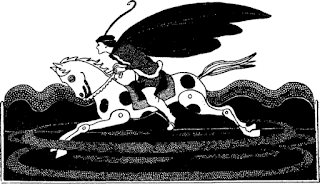 The 1915 reference book, Index to Fairy Tales, Myths and Legends lists 27 books with the story.  It's not surprising since this story was first published in French in 1698 and in English in 1892 in  The Fairy Tales of Madame d'Aulnoy, Newly Done Into English edited by Anne Thackeray Ritchie (this tale was translated there by "Miss Lee" and "The moralising verses at the end of each story have been omitted.")  The book was illustrated by Clinton Peters and will be captioned Peters here.  Ritchie's opening comments on Madame d'Aulnoy are far more thorough than Wikipedia including way beyond the "few lines of preface" Ritchie says she was asked to write.

I'm not using Ritchie's version.  I own quite a few of the 27 books with the story and chose the adapted version by Carolyn Sherwin Bailey as the book, In the Animal World, reproduces well and frankly the story's length needs adaptation here.  I'll insert illustrations from both Harbour and Peters.  Bailey omits something I consider vital to the story at the very end.  I will give it there. 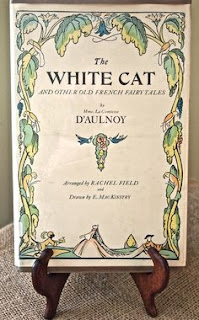 I would have liked to use the Rachel Field version, but it's still under copyright from 1928 (see my comments after today's story when I talk about Public Domain).  Not only does it tell well, but the illustrations by Elizabeth MacKinstry are perfect!

It's possible you may be able to find it at your local library or buy a copy from a used book source.  Another possibility is this link:
The White Cat And Other Old French Fairy Tales arranged by Rachel Field and drawn by E. MacKinstry (MacMillan Company 1928) as it may be found at Hathi Trust Digital Library copied from the University of Michigan. 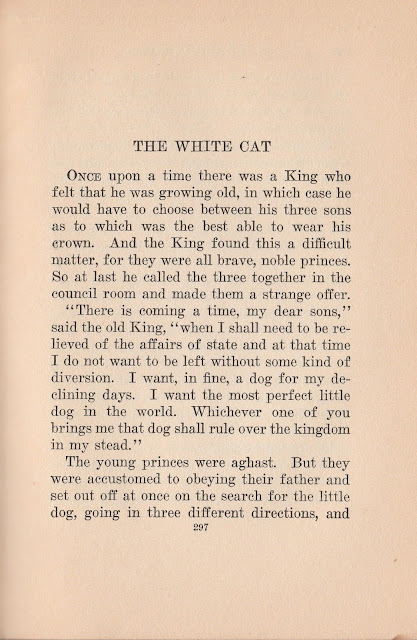 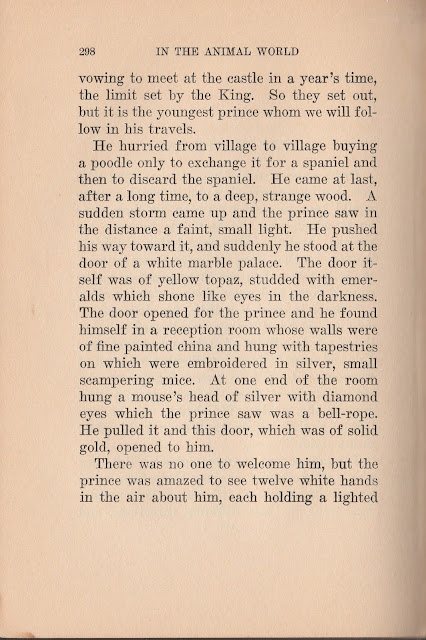 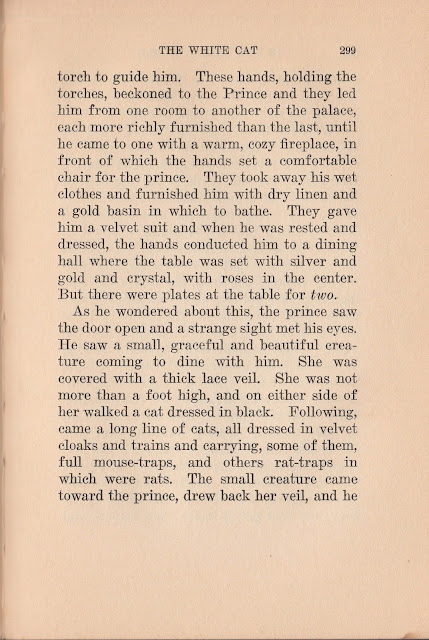 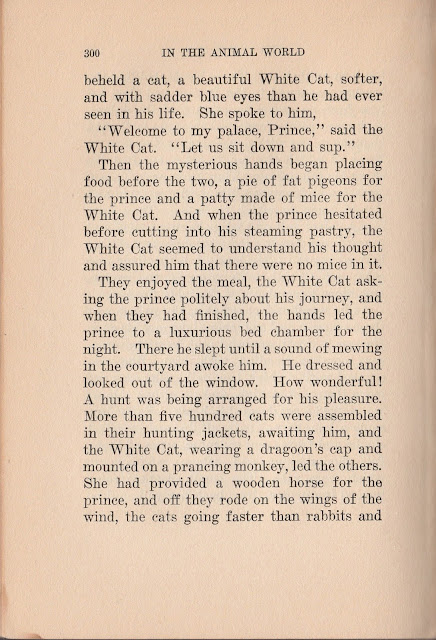 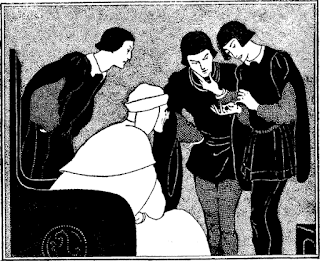 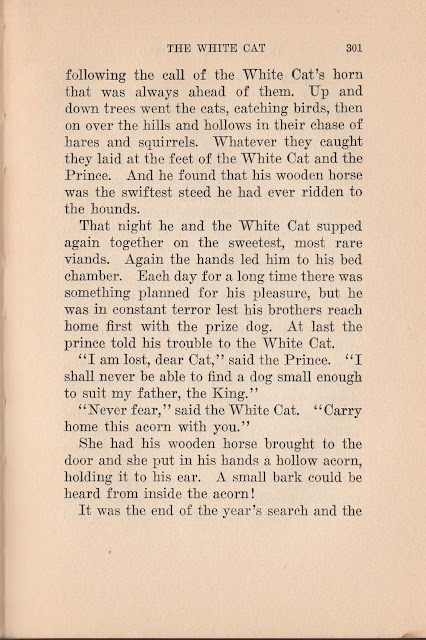 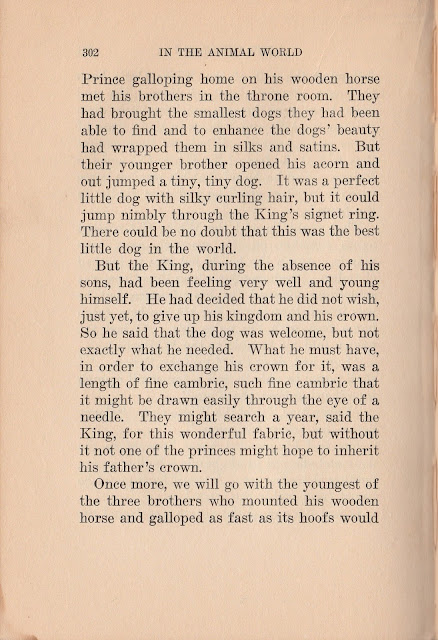 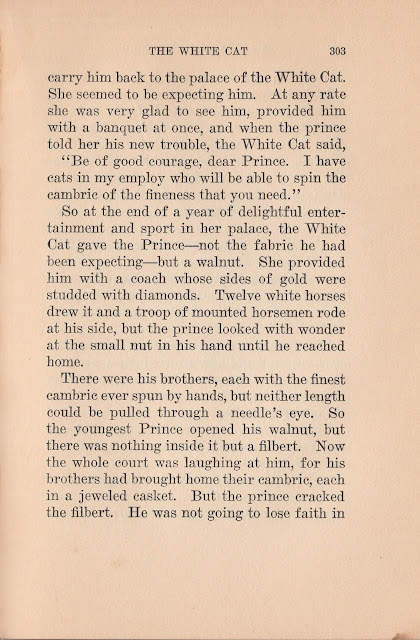 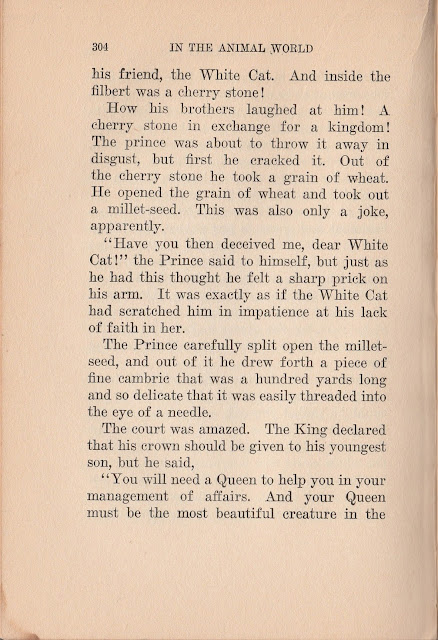 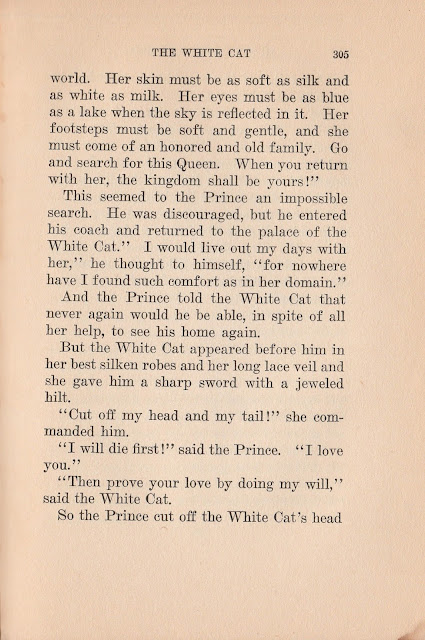 There are a few things omitted in that version and the following illustrations also show their importance.  Bailey's version doesn't tell how she became a White Cat.  Vredenburg also omits it and even the beheading/tail removal, having the Prince take a crystal rock with a White Cat inside which shatters before the old King and she appears.  Explaining only she is heir to six kingdoms, she gives one each to the King and other Princes, saving three for herself and her new husband, our Prince.  Andrew Lang's The Blue Fairy Book is closer to retelling Ritchie's version.  It's long and would be best summarized in re-telling, but I believe "the rest of the story" at least needs to be known. 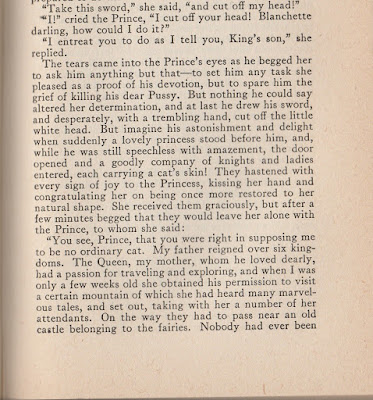 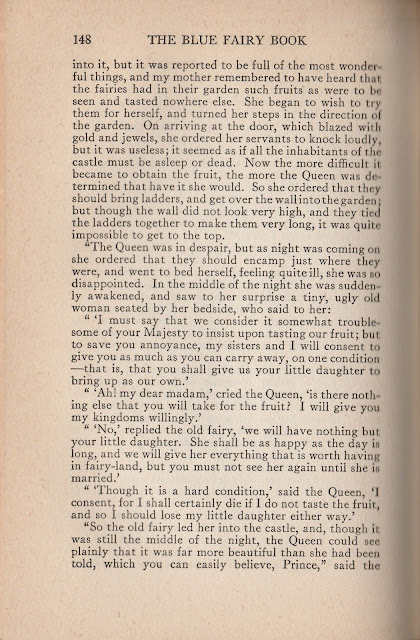 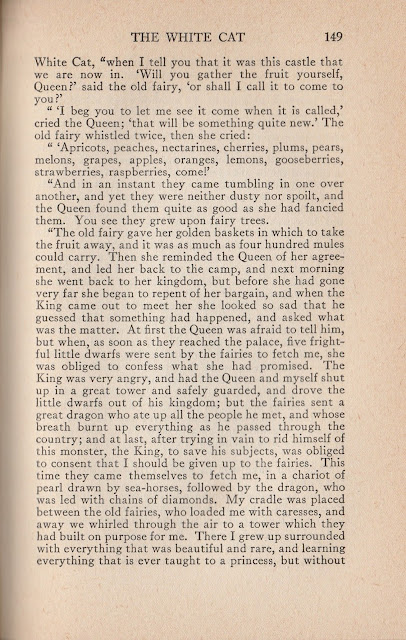 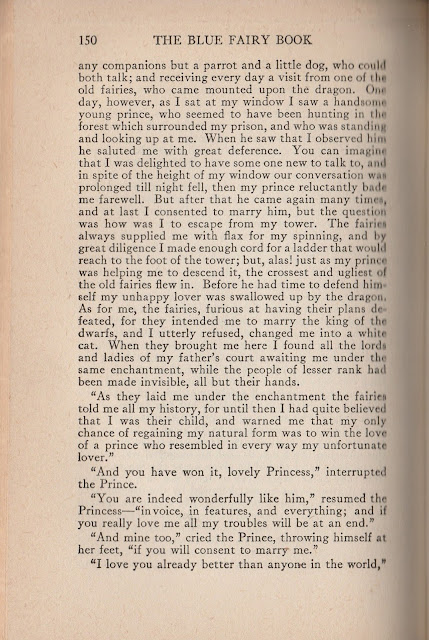 O.k. it's long, but needed in my storyteller's opinion.  This is why some believe in taking at least three versions of a tale and making it your own.  Personally I think the White Cat, besides being less familiar than Beauty and the Beast, is a much better story.  So whether you enjoy the shake of a cat's tail 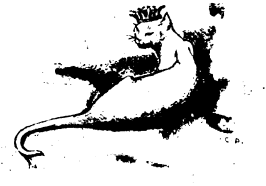 or a return to my canine analogy 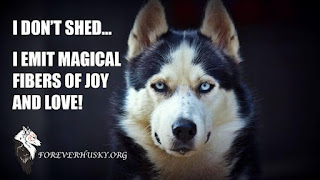 May the magic of joy and love come to you in stories.
*************
This is part of a series of postings of stories under the category, "Keeping the Public in Public Domain."  The idea behind Public Domain was to preserve our cultural heritage after the authors and their immediate heirs were compensated.  I feel strongly current copyright law delays this intent on works of the 20th century.  My own library of folklore includes so many books within the Public Domain I decided to share stories from them.  I hope you enjoy discovering new stories.