Here's a bit of a visual update:
and then 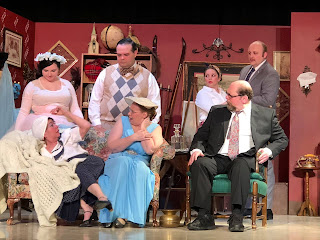 As mentioned last week the theatre has had my attention this week performing in the delightful comedy, You Can't Take It With You, with Pontiac Theatre IV.  (I have greatly enjoyed being the drunken actress, Gay Wellington, and made Mock Rumballs for the AfterGlow for our opening night.)  Because of that I went hunting for a theatre-related story and found it right away as an Aesop fable.

Aesop has been retold by many people over the centuries and people often think fables are always about animals.  There's an animal in this story, but the people take the center stage.  Those re-tellings use different names for the Actor: Buffoon, Mimic, Clown, Mountebank, but clearly it's an entertainer taking the stage.  (As Gay Wellington likes to claim, "I've played everything!")  Similarly the challenger in this story is sometimes a Countryman or a Peasant, but through it all the Pig remains a Pig.

Then comes the question of stating the moral or not.  Most of the time, as a storyteller, I prefer to let the audience draw its own conclusions.  In this case while looking at various versions, I saw some strange ways of putting it BUT really liked the way Joseph Jacobs put it in his compact book of The Fables of Aesop.  While some of the versions do a good job of setting up the location of the story, he keeps it simple.  Similarly his version kept to the basics.

My only change to the book's presentation is saving the illustration by Richard Heighway until the end. (It precedes the story in the book.) That link is to an article on The Victorian Web by Simon Cooke which points out Heighway "was one of the lesser known illustrators of the nineteenth century."  While only three books are verified as being his work, even the binding designed by Heighway is described as "a small masterpiece."  I love the little book and, while this particular story omits the decorative title head and tailpiece used for many of the stories, I agree with Doctor Cooke's statement that it is "a faithful treatment of the original text, preserving and extending the sense of fun as the moral lessons are contemplated." 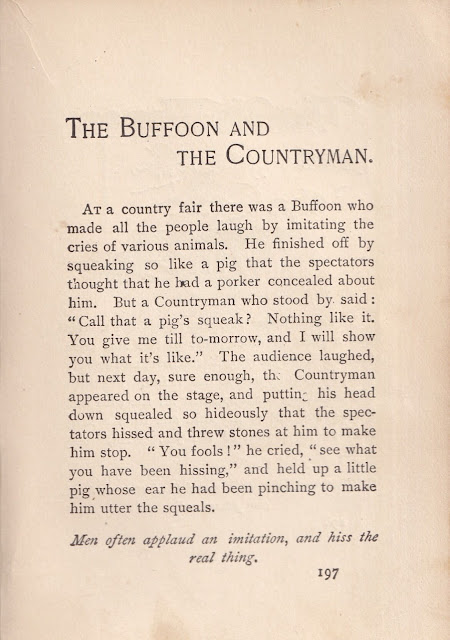 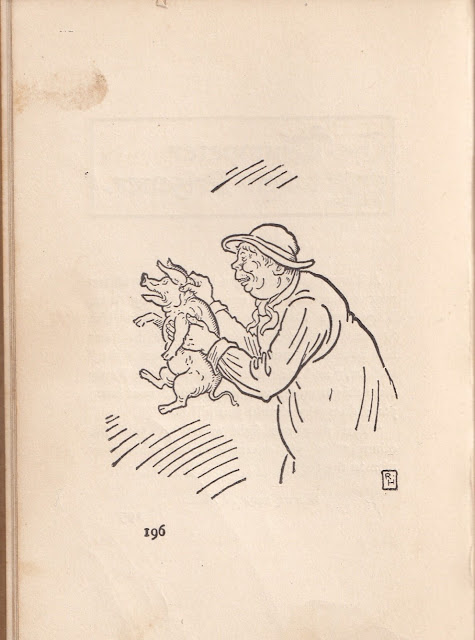