For this Sunday's celebration of Father's Day I wanted a bit of whimsy and found the perfect story only to discover I posted it last year!  "The Seventh Father of the House" by the Norwegian collectors, Asbjornsen and Moe is a lot of fun and I still recommend it, but today's story is also Scandinavian, although some debate calling the works of Hans Christian Andersen folklore.  He is an excellent creative writer, but many of his stories draw upon folk roots and Andersen's introductory sentence to the story makes that clear.

Then there's the problem translating from the Danish Andersen's title or lead character.  Two excellent Danish authors, Erik Blegvad and Erik Christian Haugaard, each included the story in their anthologies of Andersen and translate it as Father.  Haugaard's book is Andersen's complete works, including Andersen's own notes to his published "booklets", as the stories came out in small collections and in 1861 the author called it a "Danish folk tale that I heard as a child and have retold in my own way." Those same notes give some interesting views by Andersen on the critical response to that collection:


It has been both said and written that this collection was the poorest I have yet produced, and yet among its pages are to be found two of my best fairy tales: WHAT FATHER DOES IS ALWAYS RIGHT and THE SNOWMAN.

(The Snowman was given here five years ago.)

Unlike Blegvad and Haugaard, other authors give the title and lead character as either The Old Man or as The Good Man so, when I ran across it as "Father", I was surprised as I'd known the story for a long time.   However you translate it, the tale is about a rather foolish man with a wife who clearly loves him unconditionally.  His swapping for progressively less valuable items puts it in the category of being a "Noodlehead" tale.  (For people wanting to attribute gender characteristics, be sure to look at the two earlier Noodlehead stories given here.)  My own husband sometimes complains about how film and television make fathers always appear stupid.  I wonder if this is to counteract the old television show, "Father Knows Best"?  The Noodleheads in this story are both male and female, but the story's gentle touch moves us bouncing along to the end.

Excellent as the Blegvad and Haugaard translations are, they're not public domain.  The 19th century translations by Mrs. H.B. Paull, were chosen by Lily Owens for her 1984 complete collection of Andersen because she "found it the most pleasurably readable."  Unfortunately only one illustration is given and the artist's signature is hard to decipher, but may be Hans Richter, even though the style is not typical of his better known more avant-garde work.  On a blog that is no longer active, http://hans-christian-andersens.blogspot.com/, but saved by a site called Encyclopedian Dictionary, many illustrations are given, including the large one possibly by Richter.  Unfortunately even the illegible artist signature is not given.  That blog dating back to 2012, however, does the story a great service, so I, too, want to insert them into the story. 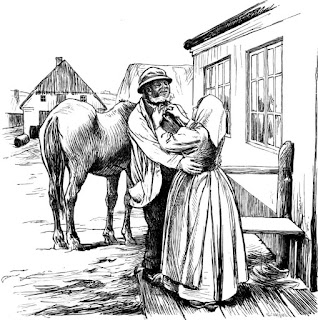 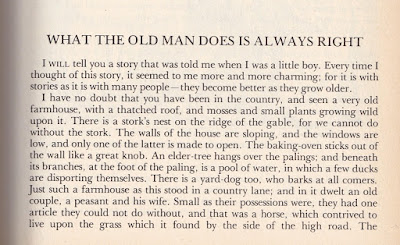 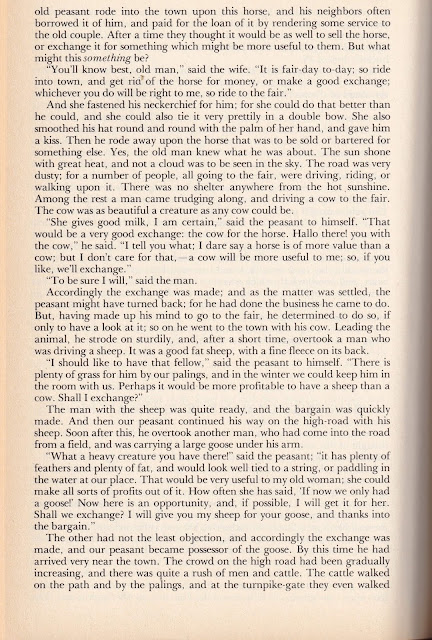 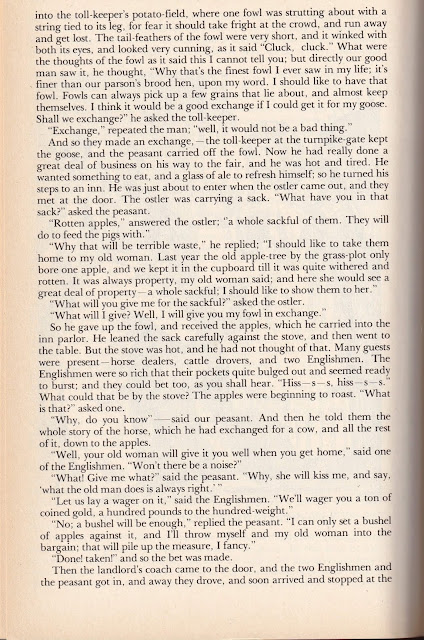 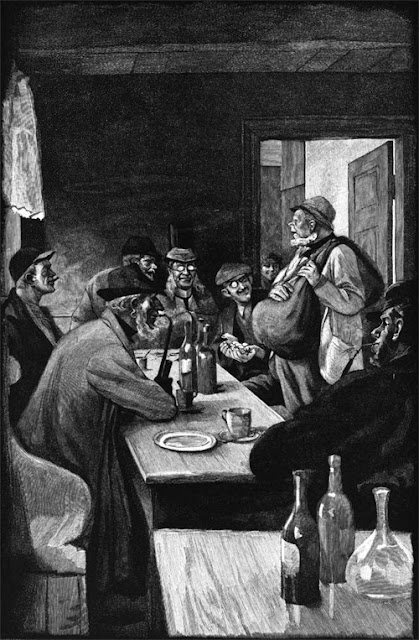 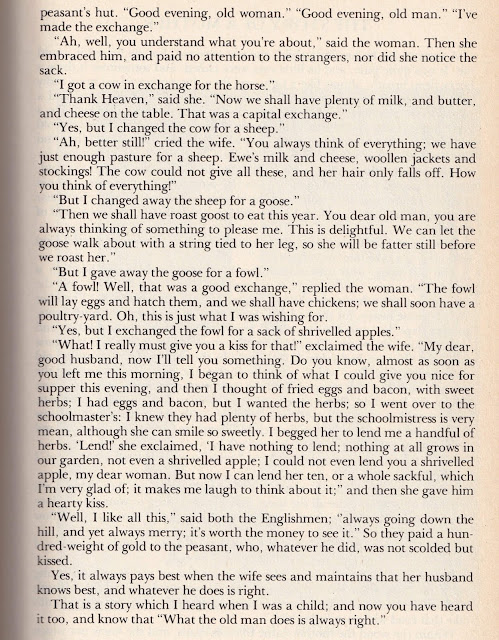 Here are two versions of that ending 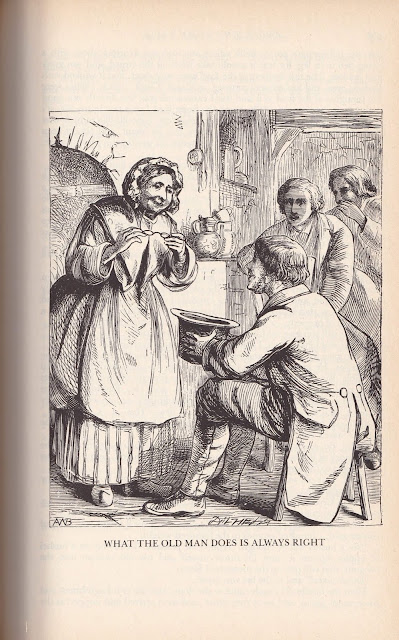 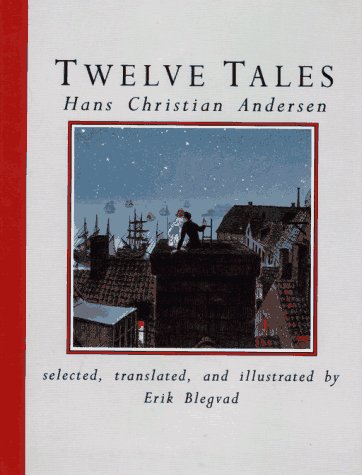 All of those, and Mrs. Paull's translation, definitely have him as an Old Man, but I'd recommend borrowing Twelve Tales / Hans Christian Andersen by Erik Blegvad as he not only translated, but did a loving job of illustrating the story and both Father and Mother show good natured Noodleheads, but also show age is not a factor in being called a "noodlehead."

The story is so good natured, the storyteller needs to bounce it along in a similar way.  This illustration gives you a visual reminder of all the swaps.