Jacobs - The Buried Moon - Keeping the Public in Public Domain 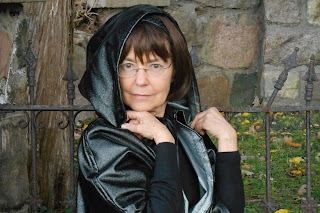 When I do spooky storytelling I love using my hooded cape and it's especially needed when telling The Buried Moon.  You'll see why as you get into this story I love to tell from Joseph Jacobs' More English Fairy Tales.  The full-length cape also flows well for movement.

By the way, my picture above was taken at the fence railing outside a cemetery crypt here in Clarkston.  Notice the one bent spike?

My telling of the story nowadays isn't the same as folklorist Jacobs.  I don't use all the same wording (my memory doesn't work that way, for one thing!) He admitted using the archaic dialect, but he believed this added to the fun of it.  Here in Keeping the Public in Public Domain segments I let you judge from the original.  However ages ago I must have made a few minor alterations in writing.  As needed I'll insert them if they seem unclear.  For a variety of reasons I was playing up the Bogles in the story.  I love that Scottish or Northumbrian term and give the Wikipedia link for you to start learning a bit more about them. 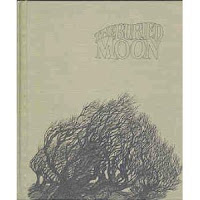 My first introduction to the story came from Susan Jeffers' illustrations of it for the book using Jacobs' text.  Go to Rivka Stein's Book Artists and Their Illustrations to see it all.  That's also a site many will enjoy prowling for its coverage of illustrators.  The Jeffers page on her illustrations for The Buried Moon will not only give you her complete work on the story, but also take you to another Jeffers illustrated tale, Thumbelina, and yet a different illustrated version of The Buried Moon.

This is one of those stories where I urge you to form your own visions of the action first.  Yes, Jacobs' book, as always, has an illustration from John D. Batten, but fortunately it's the third page in, so try to create your own image first.  When done with the story, you might want to prowl Google Images for Buried Moon images .  You'll see a few more books and it inspired theater productions, lyrics, a YouTube video of the musical version by the French symphonic metal band, Wildpath, and even a book called Buried Moon combining "stories and yoga for children during difficult times" which might give you additional ideas for the value of this story for dealing with fears and anxiety.

Save all that for later.  Let's make our own images.  (A few pages are a bit fuzzy on the edges due to the tight binding, but legible enough.  I'll insert text clarification as needed.) 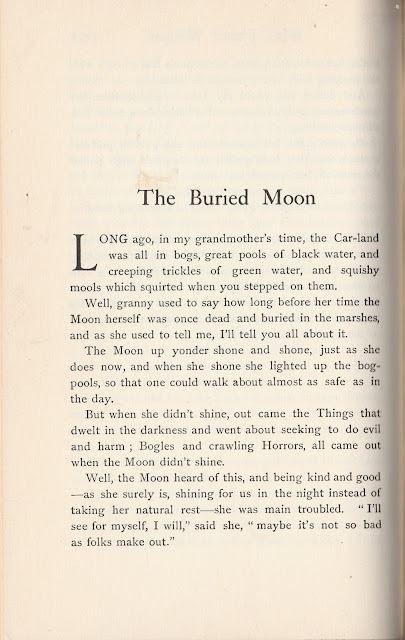 Next I substituted "frightened" for "feared", which sounds like a mistake to modern ears. 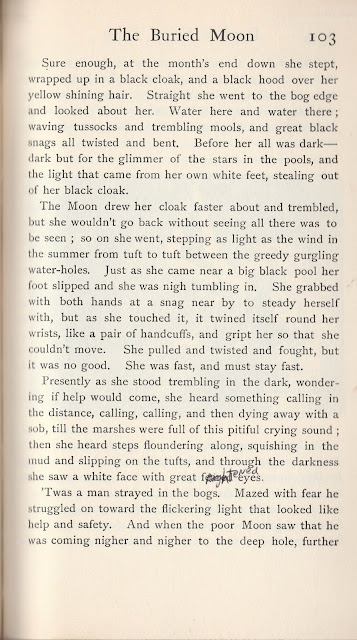 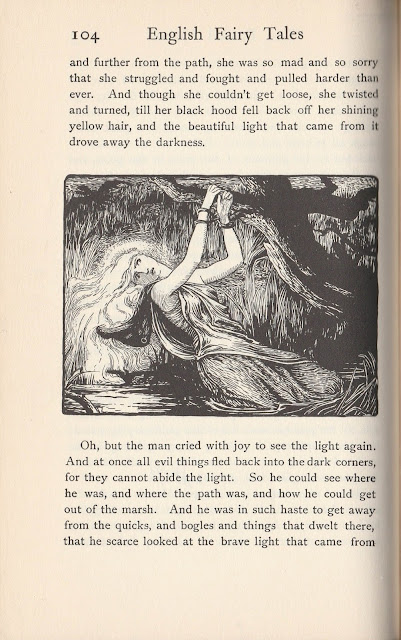 (my changes from here on still show the original) 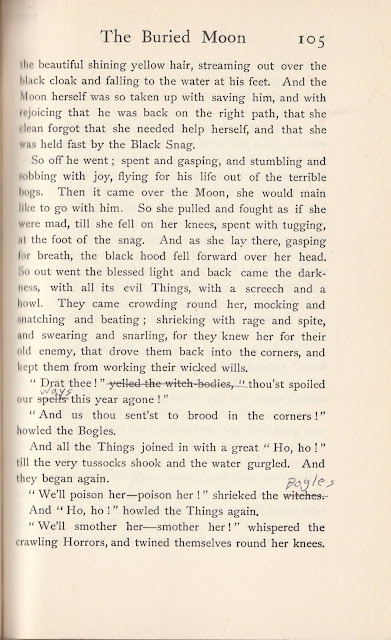 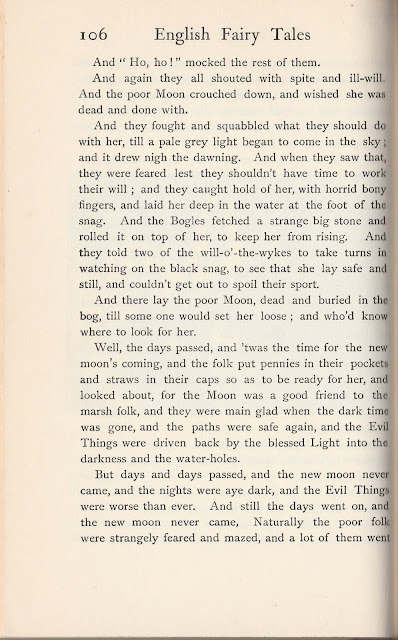 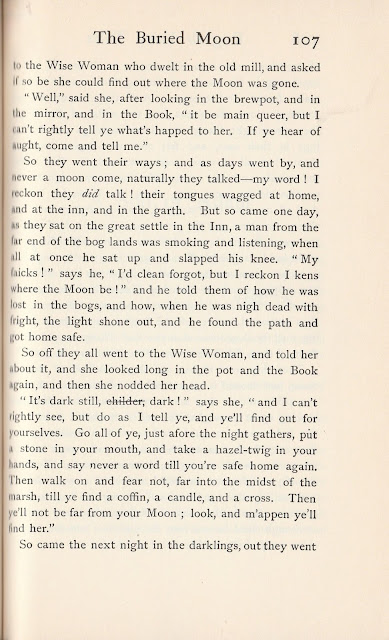 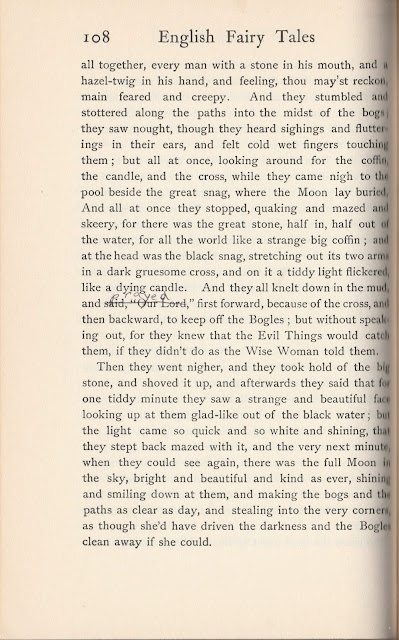