Bailey - The Three Apples - Keeping the Public in Public Domain

Apple Orchards are turning into cider mills complete with all manner of activities, crowds, and yellow jackets!  Just because they are yellow with black stripes doesn't make them bees!  They are members of the WASP family . . . read Bees and the Anishinaabe for a story from 2014 about this irritable and irritating cousin of the useful bee.

But whether you have any of the above, the apple trees should be drawing our attention as autumn starts bringing the apple into the spotlight. Carolyn Sherwin Bailey from her Tell Me Another Story has a story worth remembering and a bit of talking about afterwards. 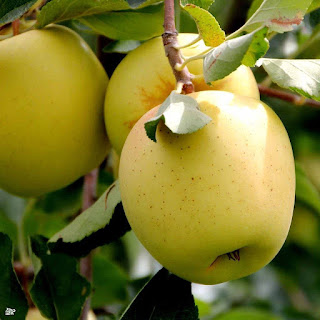 The old apple tree stood in the orchard with the other trees, and all summer long it had stretched out its branches wide to catch the rain and the sun to make its apples grow round and ripe. Now it was fall, and on the old apple tree were three great apples as yellow as gold and larger than any other apples in the whole orchard. The apple tree stretched and reached as far as it could, until the branch on which the three gold apples grew hung over the orchard wall. There were the three great apples, waiting for some one to pick them, and as the wind blew through the leaves of the apple tree it seemed to sing:

"Here in the orchard are apples three, Who uses one well shall a treasure see."

And one morning Gerald came down the lane that passed by the orchard wall. He looked longingly at the three gold apples, wishing, wishing that he might have one. Just then the wind sang its song again in the leaves of the apple tree and, plump, down to the ground, right at Gerald's feet, fell one of the three gold apples.

He picked it up and turned it round and round in his hands. How sweet it smelled, and how mellow and juicy it was! Gerald could think of nothing so good to do with such a beautiful ripe apple as to eat it. He put it to his mouth and took a great bite of it, then another bite, and another. Soon there was nothing left of the apple but the core, which Gerald threw away. He smacked his lips and went on his way, but the wind in the apple trees sang, sorrowfully, after him:

"Here in the orchard are apples two, But gone is the treasure that fell for you."

And after a while Hilda came down the lane that passed by the orchard wall. She looked up at the two beautiful gold apples that hung on the branch of the old apple tree, and she listened to the wind as it sang in the branches to her:

"Here in the orchard are apples two, A treasure they hold for a child like you."

Then the wind blew harder and, plump, an apple fell in the lane right in front of Hilda.

She picked it up joyfully. She had never seen so large and so golden an apple. She held it carefully in her clasped hands and thought what a pity it would be to eat it, because then it would be gone.

"I will keep this gold apple always," Hilda said, and she wrapped it up in the clean handkerchief that was in her pocket. Then Hilda went home, and there she laid away in a drawer the gold apple that the old apple tree had given her, closing the drawer tightly. The apple lay inside, in the dark, and all wrapped up, for many days, until it spoiled. And when Hilda next went down the lane and past the orchard, the wind in the apple tree sang to her:

"Only one apple where once there were two, Gone is the treasure I gave to you."

Last of all, Rudolph went down the lane one fine fall morning when the sun was shining warm and the wind was out. There, hanging over the orchard wall, he saw just one great gold apple that seemed to him the most beautiful apple that he had ever seen. As he stood looking up at it, the wind in the apple tree sang to him, and it said:

"Round and gold on the apple tree, A wonderful treasure, hanging, see!"

Then the wind blew harder, and down fell the last gold apple of the three into Rudolph's waiting hands.

He held it a long time and looked at it as Gerald and Hilda had, thinking how good it would be to eat, and how pretty it would be to look at if he were to save it. Then he decided not to do either of these things. He took his jack-knife out of his pocket and cut the gold apple in half, straight across, and exactly in the middle between the blossom and the stem.

Oh, the surprise that waited for Rudolph inside the apple! There was a star, and in each point of the star lay a small black seed. Rudolph carefully took out all the seeds and climbed over the orchard wall, holding them in his hand. The earth in the orchard was still soft, for the frost had not yet come. Rudolph made holes in the earth and in each hole he dropped an apple seed. Then he covered up the seeds and climbed back over the wall to eat his apple, and then go on his way.

But as Rudolph walked down the lane, the orchard wind followed him, singing to him from every tree and bush,

"A planted seed is a treasure won. 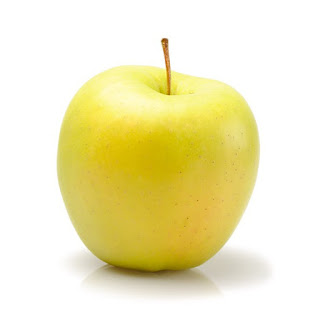 The work of the apple is now well done."

Or as another site in thinking about philosophy reminds us "There's a Brilliant Star Inside of Every Apple." 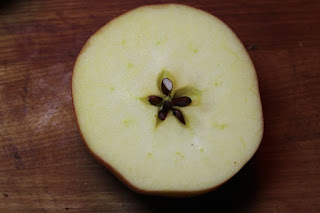 Have you taken the apple cores and at least tossed them into a field, especially in an area unlikely to be mowed?  I love to do that.  Maybe a deer will find that apple core and plant it somewhere else along with its own fertilizer.

Similarly I love the story of how the Granny Smith apple came to be.  A site called Culinary Lore says there are various versions of the story, but

The most common origin story of Granny Smith apples (Some folks just call them granny apples) is that, around 1868 in New South Wales, Mrs. Smith had dumped a crate of old rotten apples French Crab Apples from Tasmania in her garden and then later found an apple sapling growing there. The tree grew to produce green tart apples “that had never grown before.” They subsequently became famous not only in Australia but were shipped all over the world, including the U.S.

It helps to have other apple trees near enough to fertilize your "planted" tree, but even old untended apple trees can produce crops.  Our apple trees furnish treats for neighbors' donkeys and horses and we're happy to have them appreciated. 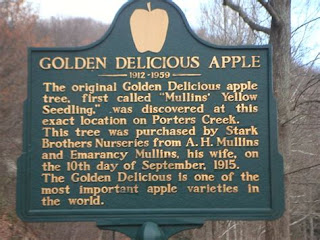 The apple in this story is probably the popular Golden Delicious.

My favorite apple is the Ida Red, but I enjoy Granny Smith apples, too.  That's the great thing about apples, there's so many varieties.  Enjoy! --  (and maybe toss it in a field after you eat it.)